Eccerobot Looks Like a Robot Cyclops After an Acid Bath

ECCEROBOT is an anthropomimetic robot. It is outfitted with bones, muscles, and even tendons in order to move the way that humans do. It does this very well, and it’s creepy to watch. Extra creepy thanks to it’s cyclops face and complete lack of skin. 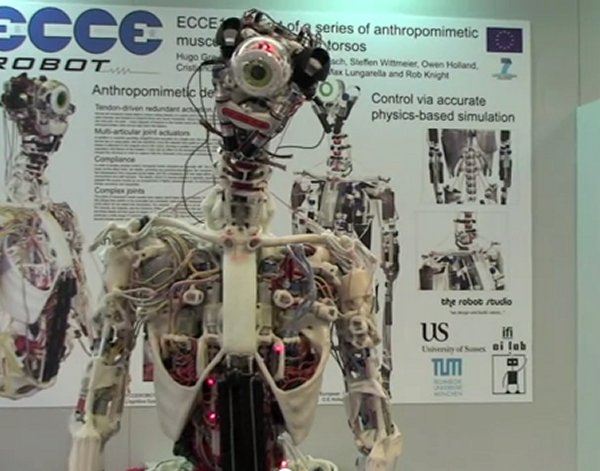 ECCEROBOT was built by Professor Owen Holland of the University of Sussex. So what is this robot all about, aside from scaring humans silly and looking like a freshly-skinned cyclops? Well, Holland and his team believe that artificial intelligence can’t exist without an artificial body that informs a robot’s brain.

The idea is that their work on ECCEROBOT could help advance AI research and help them figure out how to get the brain to control the body in various ways, which is quite a challenge.

[BBC via TheDailyWhat via Neatorama]