I like to listen to music on my headphones in the dark, but this concept by Joe Doucet takes headphone immersion a step further. The OneSense headphones were designed to discourage other people from interrupting your listening session by blacking out the world around you. 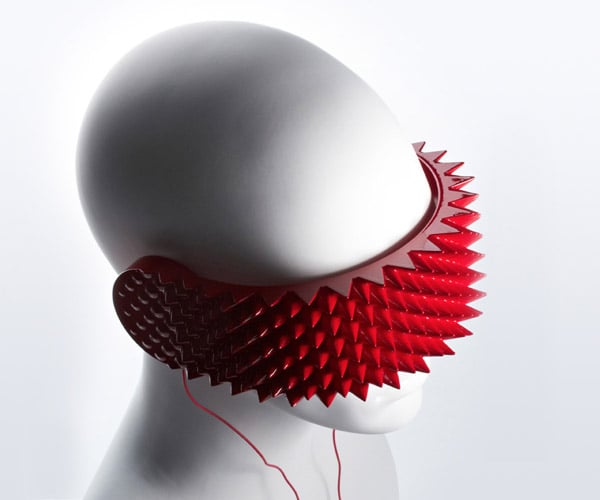 The OneSense headphones block of sights and sounds of the outer world to focus the listeners attention to the music that he is hearing. The spikes are supposed to be taken as a warning, clearly signaling to passersby that the listener wants to be left alone in his or her personal music bubble. 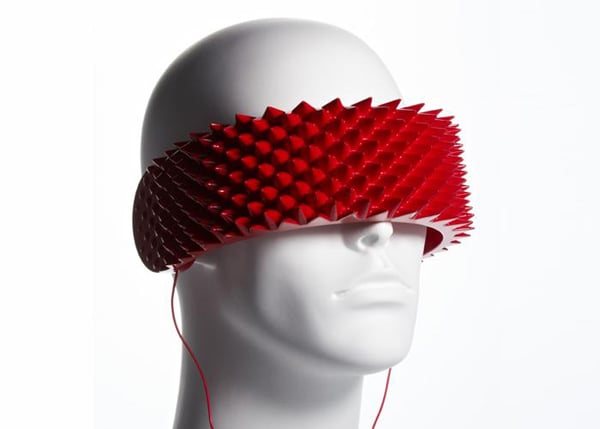 I’m pretty sure that these headphones won’t get made, but you can probably jury-rig something yourself, using a blindfold of some sort. Either way, the concept is interesting. 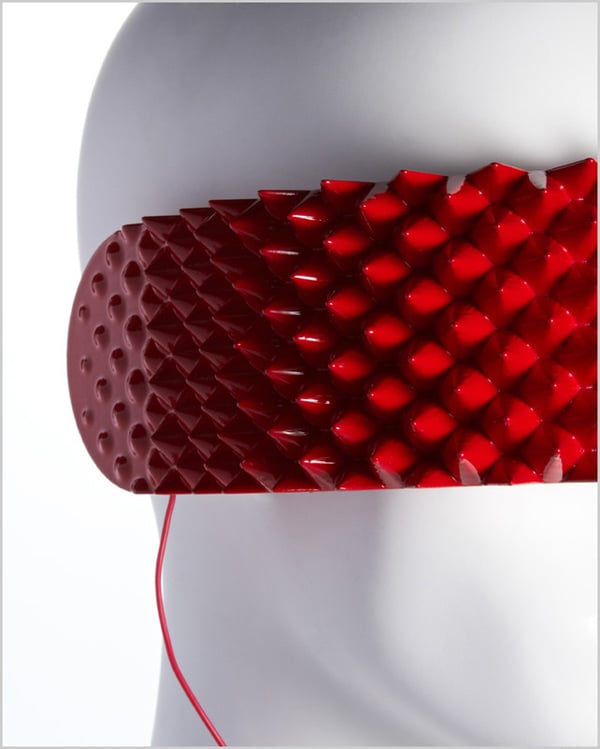 The OneSense headphones will be on display at the Meet My Project design show held in Milan, which runs until the end of April, and in NYC during Design Week, held at the end of May.