Researchers Invent Scale So Sensitive It Can Weigh a Single Proton 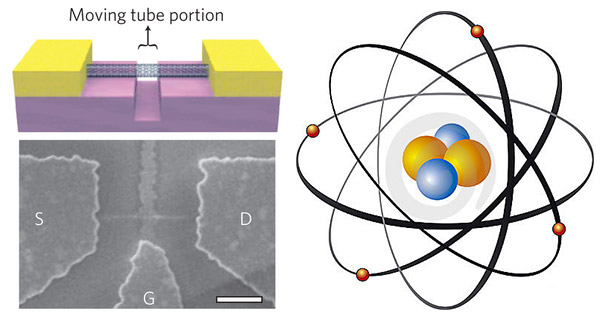 Scientists at the Catalan Institute of Nanotechnology in Barcelona, Spain have invented what they claim to be the most accurate nanomechanical sensor for measuring mass ever. The sensor so sensitive it can measure a change in mass as small as 1.7 yoctograms. That is roughly the mass of a single proton.

The sensor uses a tiny carbon nanotube that is shorter than those that previous sensors utilized. To work, the sensor must be lowered to a temperature of -269°C and placed in a ultra-high vacuum. The sensor was able to weigh an atom of xenon to the nearest yoctogram. The researchers think in the future such a sensor might be able to measure human tissue at an atomic level to allow for diagnosis of disease conditions.

[via New Scientist via Geek.com]