Say you’re a Jawa and working on some droid repairs in your sandcrawler. How can you keep all those droid parts organized and sorted out so you don’t accidentally mix up R5-D4 and R2-D2’s spare parts? Simple – just grab this R2-D2 ammo box and you’ll know exactly which droid the parts are for. 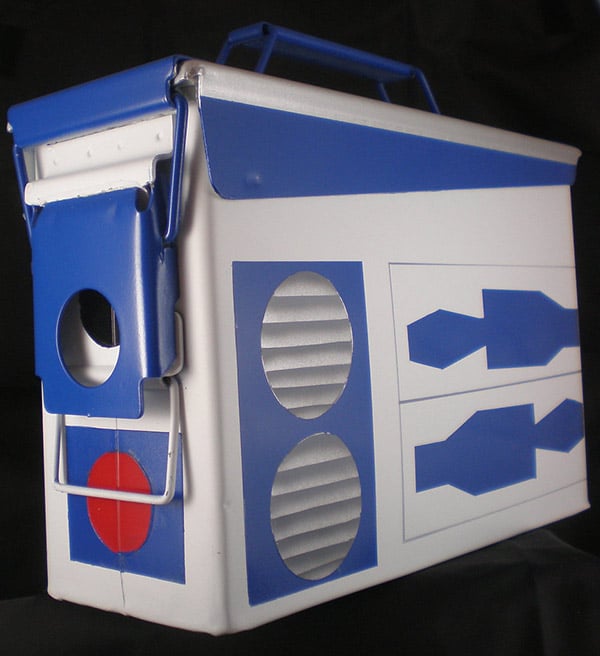 This ammo box is just the right thing for Star Wars geeks to store and carry their collectibles, games and other swag, and is a dead ringer for R2-D2 – if he were shaped like a rectangular box. This small (10″ x 7″ x 3-1/2″) metal ammo box was reclaimed from surplus and then painted to look like everyone’s favorite little droid by NoDice1904. 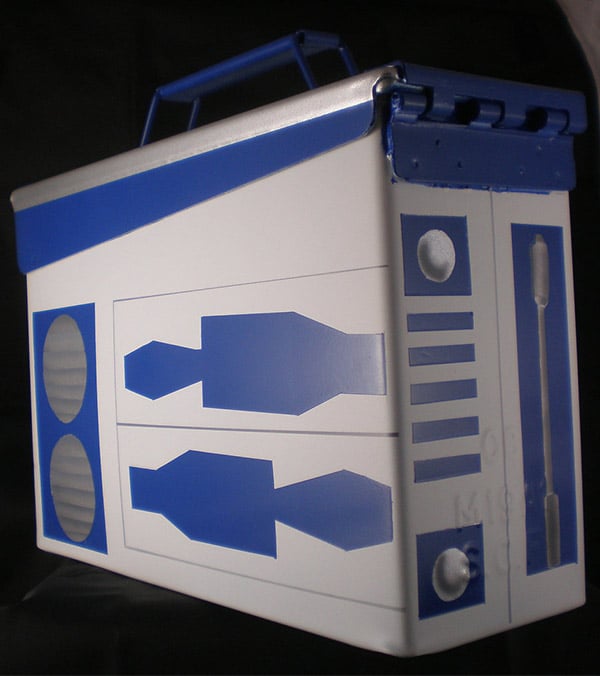