I don’t think finding space for a toaster has ever been, or would ever be a prevalent problem, but that’s because I’m fine with placing appliances on the floor if I have to. But if you live in a tiny apartment or room and have a sense of decency you might appreciate the idea of a collapsible toaster. 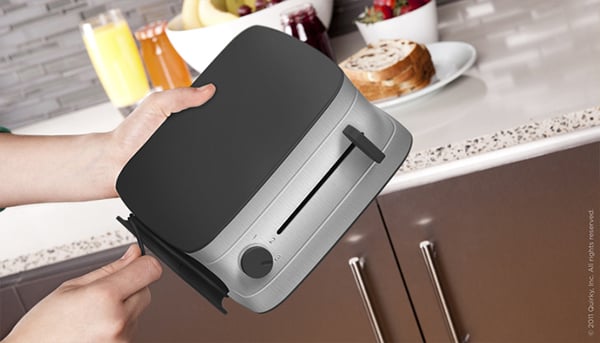 Imagined by the Quirky hive mind, the toasting slots on the Crisp toaster can be folded into its body when not in use, reclaiming valuable inches of space. It also has a removable tray at the bottom that collects crumbs. 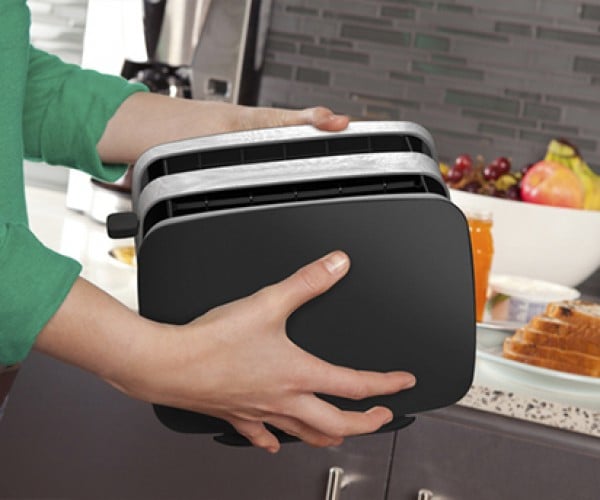 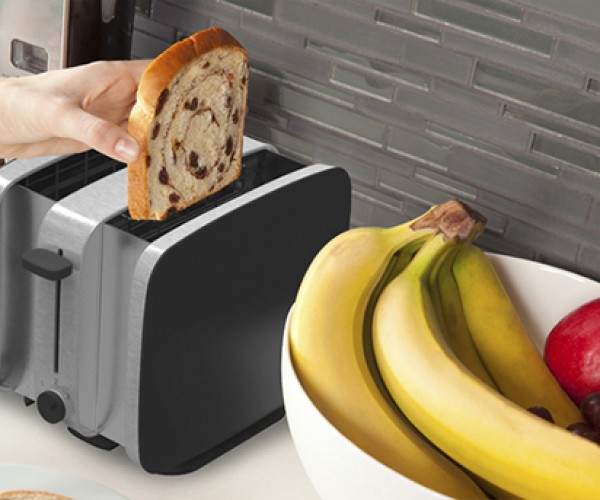 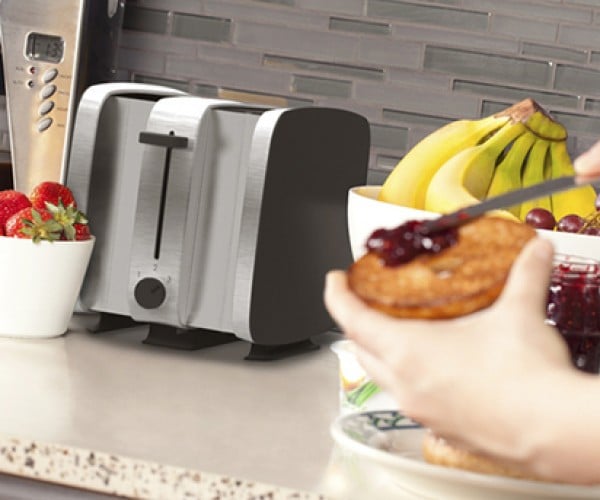 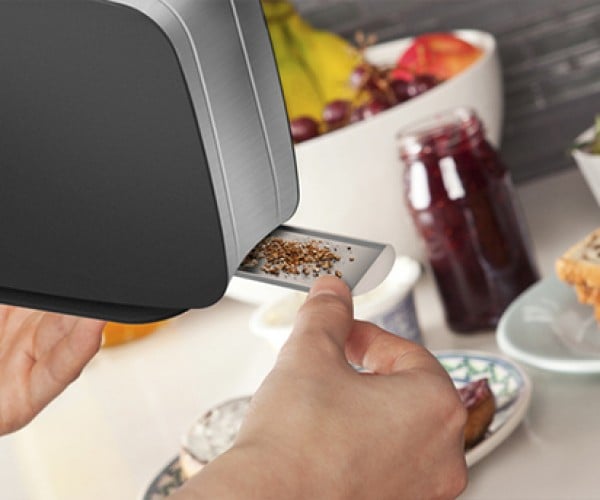 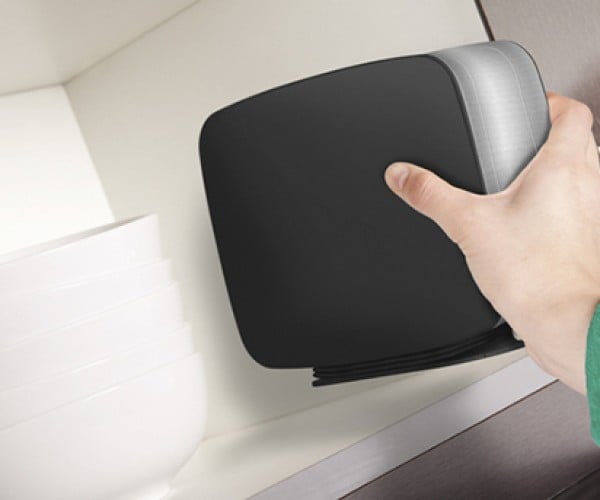 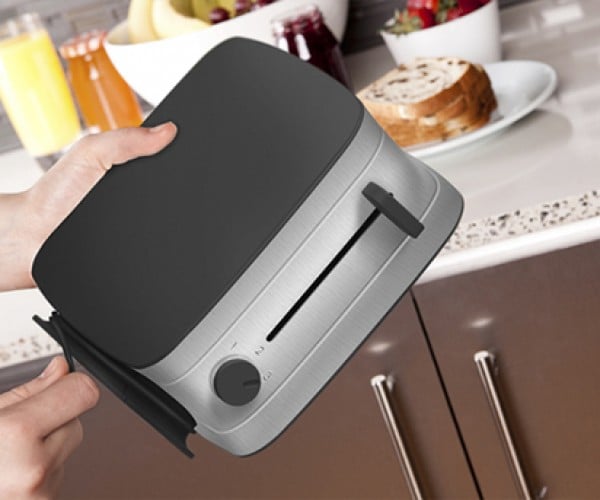 Since the Crisp is still a concept, you can weigh in on its development at Quirky. While you’re there, tell them that the toaster would make much more sense if it could run on batteries, that way you can take it outdoors or when you travel. I think its gimmick would make much more sense if it was portable. Of course, you’d need some serious batteries to generate enough heat to toast bread – maybe they could go with the same ones used in the new iPad.

If they want to start from scratch, they should make an accordion toaster that is compact when collapsed, but unfolds into a formidable appliance that can toast two loaves worth of bread at once, releasing the toast in the air in a fountain of brilliantly burnt bread. Or or or a toaster that has a slot in the middle for sandwich spread so you have the option to collapse the toaster to combine the two pieces of toasted bread on either slot and boom: sandwich. I know, I shouldn’t be giving these away for free, but I can’t help myself. Please, stop applauding.