Thermosaurus Radiator with Adorable Mittens Soon to Be Heating Your Home?

You use space heaters occasionally to heat a small room, but those are honestly huge eye sores.  As in, your visitors walk in, and they walk out with bandages on their corneas and a plan to sue your broke self.  So, avoid all of these issues and take a look at the Thermosaurus Radiator, which, unfortunately, is still a prototype right now.

Hopefully, though, we’ll be able to use it to heat our chilly dome homes in Antarctica soon, preferably before my fingers fall off and the penguins eat them.  Greedy little things – first, my sandwiches, and now my fingers? I’M NEVER WATCHING MARCH OF THE PENGUINS EVER AGAIN.  And if I do, it’s only because Morgan Freeman has the voice of a manly meadowlark. 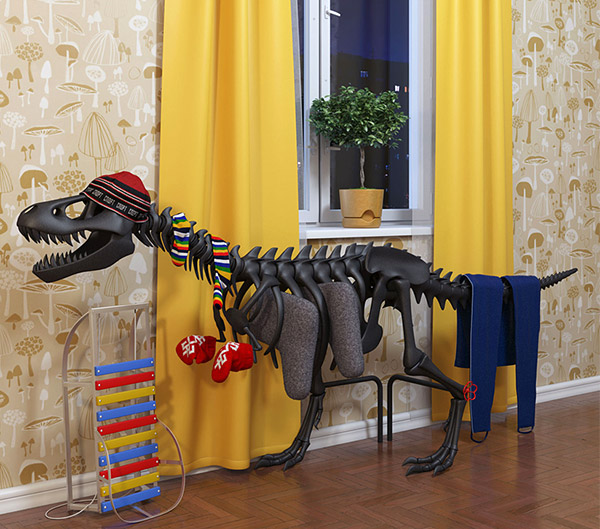 The Thermosaurus Radiator is definitely a geeky way to keep your house warm, and it’s apparently very safe in terms of not burning down your house.  They put adorable little mittens on the T. Rex, so I’m assuming that those will never turn into adorable flaming mittens that are a danger to everyone in the household.  Don’t get me wrong – flaming mittens are awesome, but people with the Thermosaurus Radiator probably have kids who haven’t burned themselves enough times to know the dangers of fire.  Me?  I still burn myself all the time, but that’s because I’m a moron.  *Touches the stove* 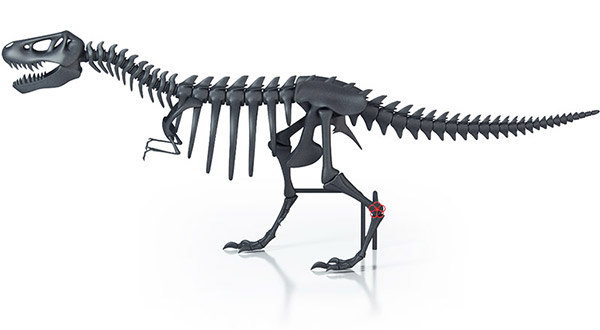 The Thermosaurus Radiator, when Art Lebedev Studio is ready to make it for all of us to enjoy, will most likely be made out of cast iron.  Below are a couple (crazy and wild) shots of the tiny model they made of their beloved T-Rex when they believed that they had come upon the perfect design for this dino-themed space heater.  That face – that face is the epitome of success.  *Success kid fist pump* 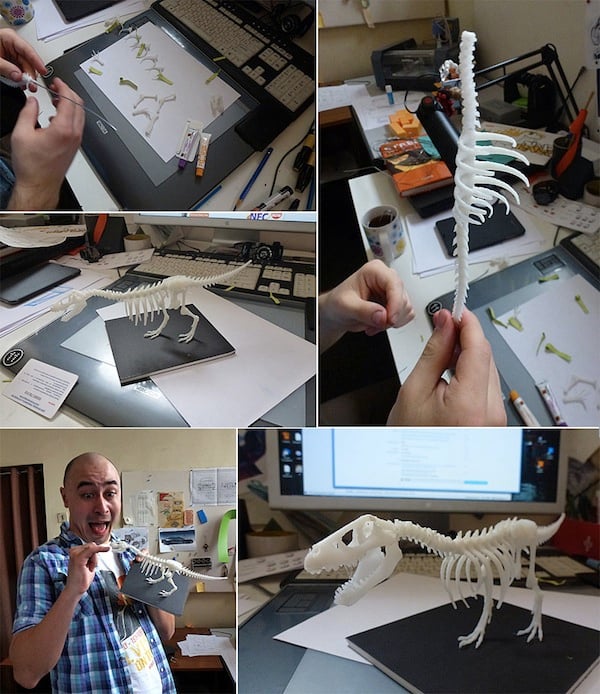 The Thermosaurus Radiator is awesome, but you’re probably looking for some more great dino-themed things: don’t worry, y’all, I’ve got you covered.  There’s the 3D Printed Dinosaur for you to look at, as well as the Robo-Rex LEGO Dinosaur.