There are a number of backup emergency power generators on the market that allow you to charge your iPhone or other smartphones without a traditional power source. Most of those involve  consumables such as fuel cells or use solar panels that may or may not work depending on the environment. A new charger prototype has surfaced that will charge devices while you cook or boil water. 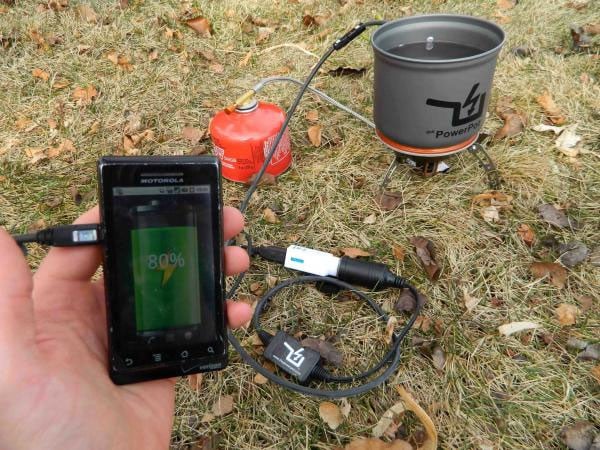 Working on a similar principle to the BioLite CampStove, the PowerPot also will generate power for USB gadgets using thermoelectric power. There are three different versions of the PowerPot, offering from 5W up to 15W of electricity for charging. All three concept versions put that power out through a USB port.

In theory, all you need is a heat source of any kind from a fire to a grill and you can generate electricity to recharge your gadgets. The pot also needs to be filled with water or watery contents to work. This would be the perfect thing for emergency preparedness kit for campers. The PowerPot could also be a very useful new source of electricity in developing parts of the world.

Check out the video below to see the PowerPot prototype in action:

The PowerPot is currently raising funds over on Kickstarter. A pledge of $99(USD) will result in the donation of the 5W model to someone in a developing nation. $125 or more gets you one for yourself, while $199 buys the 10W model, and $500 will get you and a family in need the 15W model.