Stop-Motion LEGO Proposal: Will You Marry My Minifig?

How does a LEGO-loving geek propose to his special lady? Take a hint from this guy. Filmmaker Walt Thompson from Fire Pit Pictures knows how to make a woman say “yes.” He went well beyond the call of duty and makes the rest of us look bad. 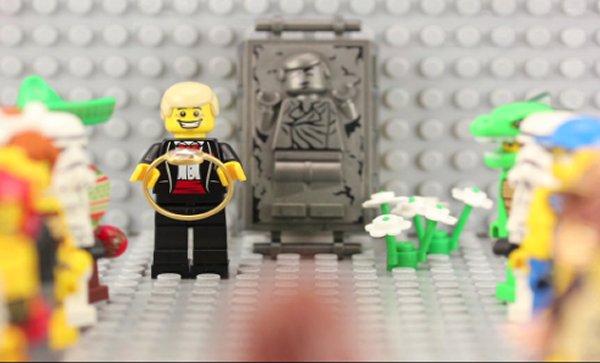 Walt spent several days piecing together an amazing stop-motion animated film using just LEGO pieces. The whole video tells the story of Walter and his fiance Nealey, chronicling their courtship. Not that they are actual LEGO minifigs, mind you.

I’m not sure if their courtship involved Star Wars characters or not, but they also appear in the video. It’s enough to make you all teary eyed and blubbery. Best of luck to this couple, and may they live happily ever after in LEGOland.

[via When Geeks Wed via The Mary Sue]