Much as I love the memories of my original Atari 2600 console, I have to say that out of all of the retro gaming systems out there, the 2600 has stood the test of time the worst. With the exception of some of the Activision games, the graphics are so primitive that they make most of the games unplayable. Trust me, I’ve tried with various emulators and even an Atari Flashback console. In my opinion, the Atari 2600 is best left as a fond memory – or maybe a cake. That all said, it didn’t stop this hacker from putting together what appears to be the smallest Atari 2600 ever. 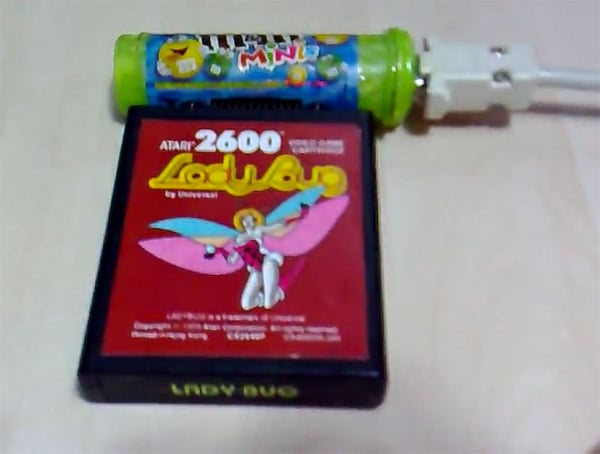 Modder Dablio started out with a Dynacom MegaBoy, which is a small, illegal Atari 2600 clone system. He reverse-engineered the circuit board from the MegaBoy to produce his own custom PCB, then added a cartridge port, and a VGA connector which provides power, controller and video signals to and from the console. In all fairness, though, the VGA breakout box is almost as big as the console itself. 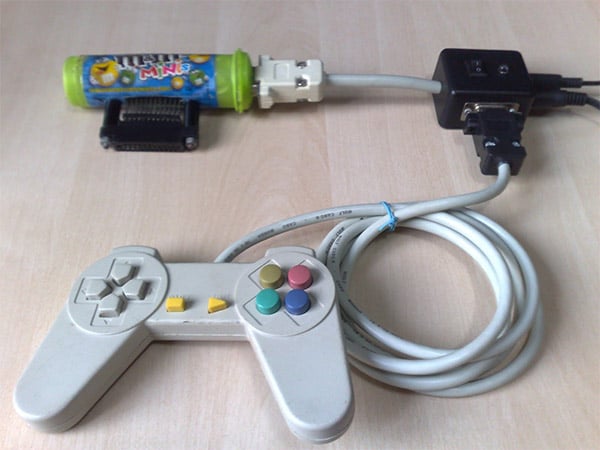 He originally tried to build it into an Atari 2600 controller, but Dablio ultimately managed to fit the system into the plastic tube from a package of M&Ms, so the console is appropriately named the “Atari 2600MM.” 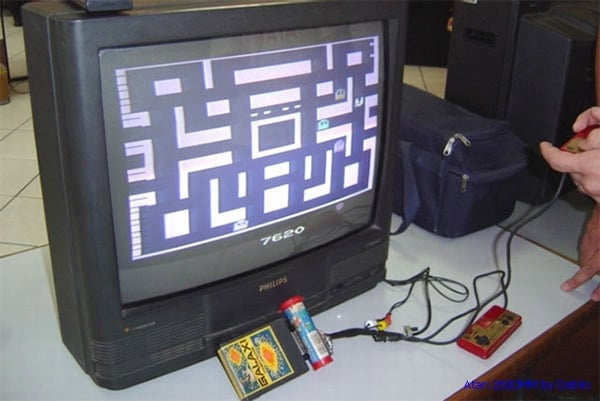 While some may say that you can buy an Atari 2600 built into a joystick, that’s not really fair, since those systems only play a limited number of games, and cannot accept an actual 2600 cartridge.

But no matter how much effort Dablio put into building his 2600 mini system, the games pretty much still suck. If you want to play games on a retro system, you should probably start off with an NES – many of those games still have replay value today. Or just buy a pack of M&Ms and eat them for even more fun.

Still, it’s impressive that Dablio managed to cram this entire system into such a small package. You can check out more pics and info (in Portuguese) on the build over at Dablio’s website, and in the video clip below: