I love it when geeks take virtual weapons from video games and recreate them in the real world. We’ve seen weapons created from wood and paint in the past, but my favorite is when they create the virtual weapons using LEGO bricks. For his Halo Reach weapon, LEGO is the medium of choice for a guy named Nick Jensen (aka “Nick Brick”) . 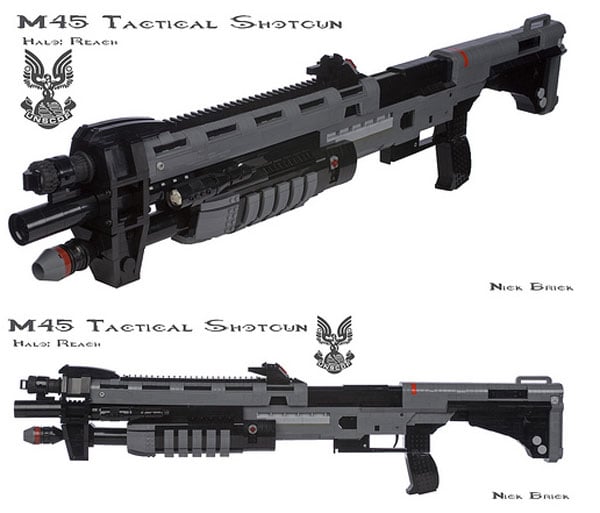 Nick built a full-size M45 Tactical Shotgun over the course of two months exclusively from LEGO bricks. He says that a little bit of glue was required in some particularly weak spots so it wouldn’t fall apart, but other than that, the gun looks very realistic and actually has some working features. 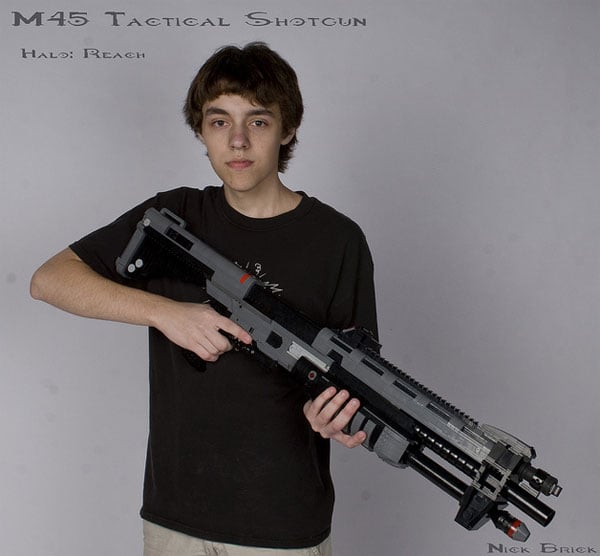 The coolest of the working features is the sliding pump-action.When the pump is moved, it also actually ejects a shell. How awesome is that?

I wonder what the design process that went into coming up with a workable pump-action slider entailed. 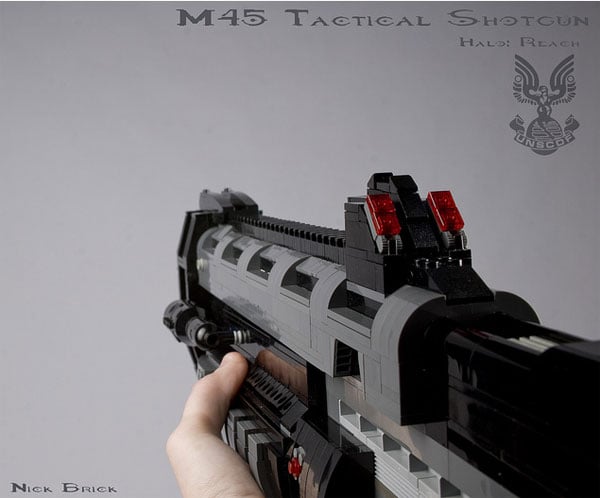 BTW, Nick is the same dude that made that Halo LEGO sniper rifle a while back. I wonder when he’ll build a LEGO Plasma Sword and LEGO M41 Rocket Launcher to go with.