TARDIS Sock Monkey: More Bananas on the Inside 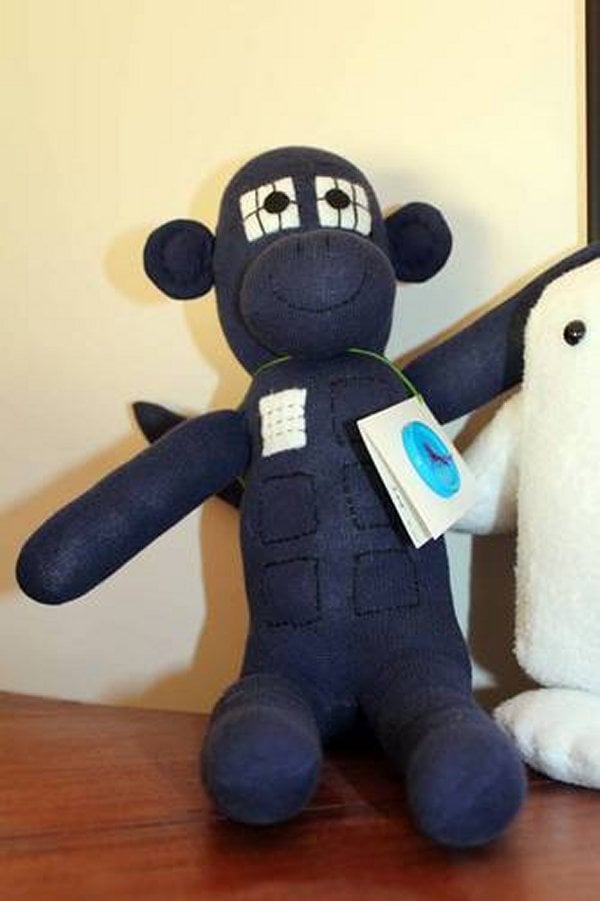 The TARDIS sock monkey was made by kwiltykate on Craftster. Obviously she was just monkeying around when she created it. I imagine that the Time Lords have simply de-volved and are now called Time Simians. They preside over time and space in much the same way that apes came to rule the Earth in Planet of the Apes.

Hey, why wasn’t there a Doctor Who movie featuring Charlton Heston? “Take your stinking paws off my TARDIS, you damned dirty ape!”