Dodge Dart to Get Optional Wireless Charging System for Smartphones

I hate messing with wires to charge my smartphone. When I used an iPhone, I had a wireless charging case so I could just plop the iPhone down on a charging base without having to mess with wires. Since I moved to an Android phone, I now have to fiddle with plugging in the cable each night, typically in the dark, and it’s a pain in the butt. Every smartphone I’ve ever owned has needed a cord to charge in the car.

Chrysler Group and Mopar have announced the industry’s first in-vehicle wireless charging option that will come on the 2013 Dodge Dart. 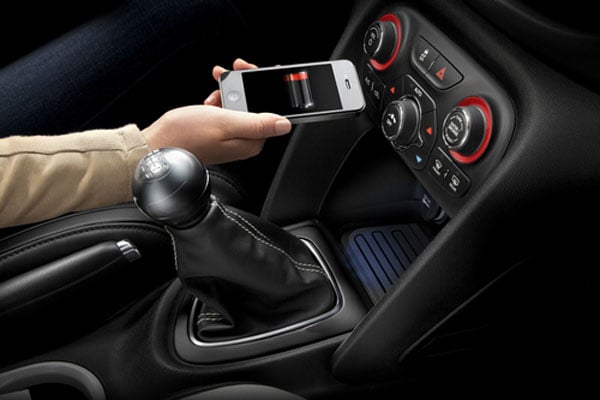 This will be a dealer-installed option costing $199.99(USD) including the case your smartphone needs. It’s not clear what smartphones will work with the system other than the iPhone. Installation itself is an additional charge.

With the wireless charging solution installed, the user just has to place the phone into the bin in front of the gear shifter in the center stack. The phone will then be charged automatically, using induction charging. The only thing I worry about is how much the phone will move around if you’re turning or if you have to brake quickly. Still, I’d definitely like this option in my car.