Think you are The Man because you built some two foot tall LEGO castle? That’s nothing. Adam Reed Tucker has built some of the world’s tallest skyscrapers and other buildings using millions of LEGO bricks. Adam is one of the world’s eleven LEGO Certified Professionals, so for him, I guess this was not that big of a deal. 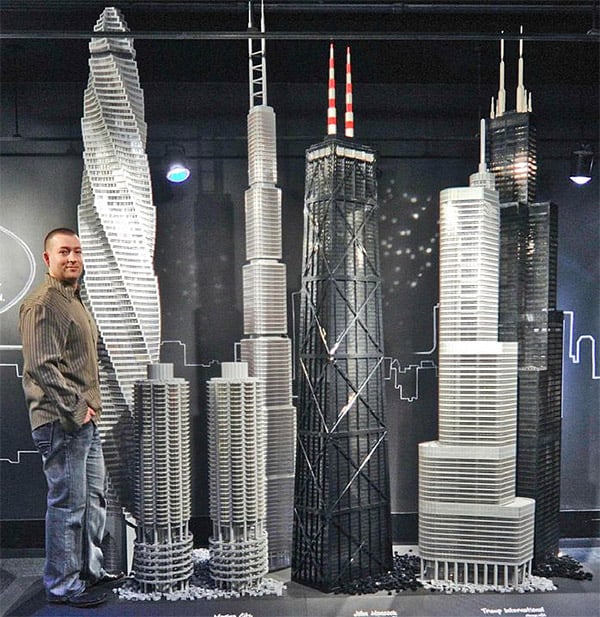 Adam constructed an impressive array of 15 landmark buildings with different architectural styles, including the John Hancock building, the Burj Dubai, and the Empire State Building. He even managed to build the St. Louis arch. If you’d like to see them in person, they’re on display at an exhibition called LEGO Architecture: Towering Ambition, at the National Building Museum in Washington DC through September 3.

I wonder where they will be stored after the exhibit, or if they will be taken apart. If it is the latter, I would love to be the guy to destroy them – in a Godzilla outfit of course.