The new Lenovo IdeaTab S2109 was just unveiled, and this new tablet runs Android 4.0 Ice Cream Sandwich. It has a 4:3 aspect ration and a 9.7-inch IPS screen with a 1024×768 resolution. Will it be a worthwhile alternative for those considering an iPad or Kindle Fire? 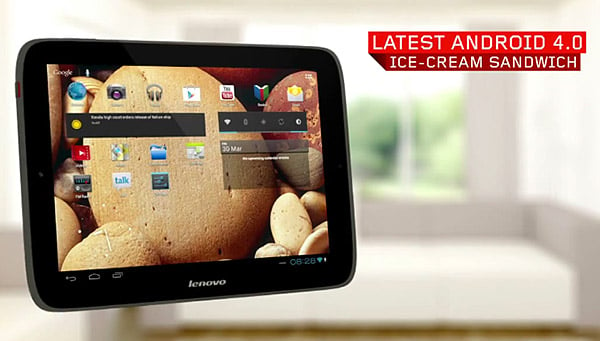 It’s got a slim unibody design, and a 10-hour battery life. It’s only 8.9mm thick and supports Google Play as well as the Lenovo App Shop. The tablet has a 1.3-megapixel front-facing camera, but no rear camera, which is an interesting statement on the practicality of using tablets as cameras vs. just using them to do video chats.

The extra speakers, a Micro-HDMI and Micro-USB ports are definitely advantages over Apple’s tablets, but the resolution isn’t anything spectacular, and the omission of the rear-facing camera is an interesting choice.

The previously announced IdeaTab S2 is priced at $349(USD) and has a higher resolution (1280×800) display, as well as a rear-facing 5MP camera, so it’s expected that the IdeaTab S2109 will be more competitively priced. A release date hasn’t been announced, but it should be soon.

[via Phandroid via Ubergizmo]