I’ve seen a lot of impressive land–based LEGO vehicles, but this is the first one I’ve encountered that’s built for water. Unless you count Harry the Hermit Crab’s colorful home. Made by Vimal Patel, the Omniboat may have an unorthodox shape, but it makes up for it by gliding gracefully on water. 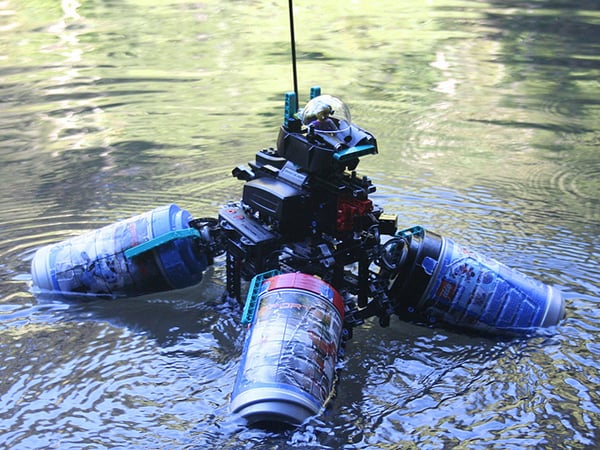 Here’s a video of the LEGO Omniboat in action. Note the minifig pilot.

Patel actually made two versions of the Omniboat; in fact he used the first one to film this newer model. Unfortunately he hasn’t provided build instructions for either version, although a couple of people have pointed out that the pontoon-like objects are actually water bottles from LEGO hockey sets released in 2003. So that’s a start. Get four of those and then some bricks. Also a minifig. Then put them all together. You’re welcome.