Remember that awesome wall clock that told the time with words instead of numbers? The QLOCKTWO was then offered as an alarm clock as well. Now, Biegert & Funk have announced the QLOCKTWO W, a wristwatch version of their famous wordy design. 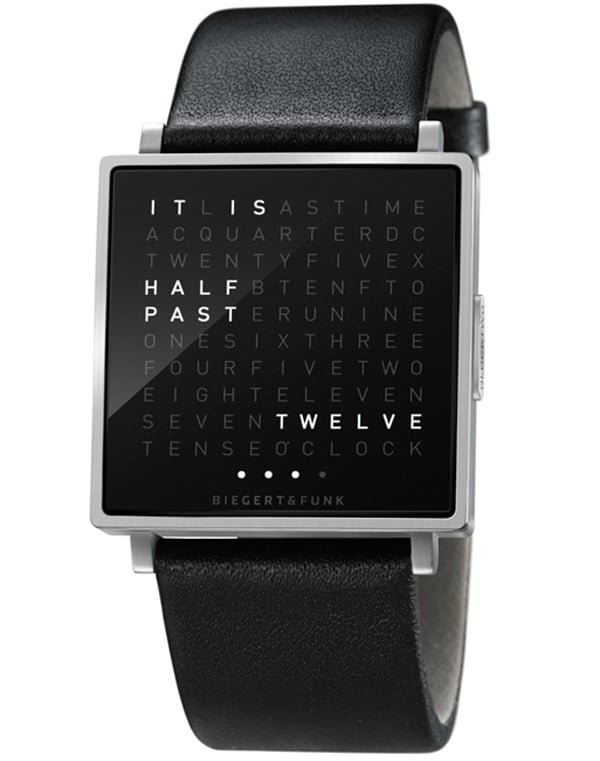 The QLOCKTWO W wristwatch measures 35 × 35 × 7 mm and has a 110-letter grid, which remains blank until a stainless steel button is pressed. As soon as this happens, the case lights up to describe in words the time. Initially, I thought that this watch would fetch a premium price, but after thinking about the kind of watches that Tokyoflash releases, it shouldn’t be that expensive. Still, the alarm clock sold for about $650 USD, so the watch will probably be expensive too.

The QLOCKTWO W will be released this autumn, but you can leave your information with Biegert & Funk to receive the latest updates. At launch, it will be available with a stainless steel or black case, in either English or German. 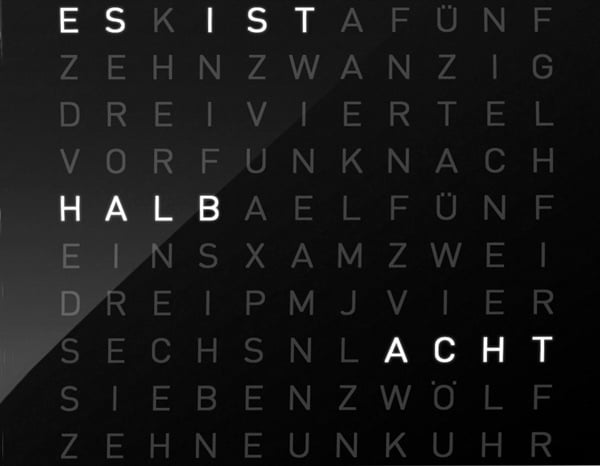