How much is a hug worth to you? One can of Coke, perhaps? That’s what Coca-Cola thinks in its new ‘Open Happiness’ campaign, where they’re sending out legions of vending machines that will give you a free Coke – in exchange for a hug. 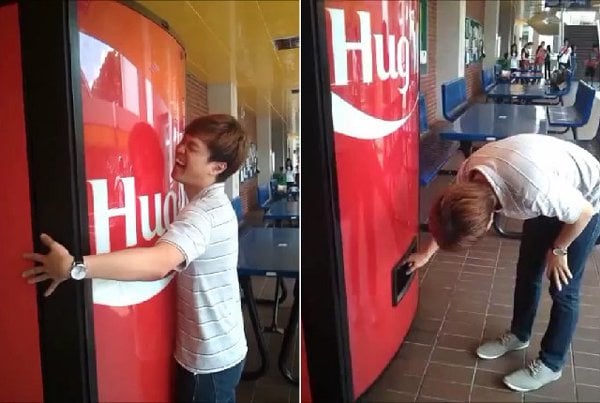 I don’t mean virtual hugs or those that you give by tapping some button that says “hug.” I’m talking about real, actual hugs, where you embrace the machine with your arms and give it an affectionate squeeze. The sensor detects you hugging it and then spews out a can of Coke afterwards.

These vending machines that scream out the word “hug” have already landed Singapore, and Coke plans on rolling them out to other countries in Southeast Asia.

I’m just wondering why there isn’t a longer line for free soda because I know I’d hug it at least once a day to get my daily Coke fix.

[via Marketing Interactive via Mashable via Gizmodo]