I’ve gotten used to using my headphones almost everywhere, but that doesn’t mean that everyone is like that. When you are on the go and want to share your tunes with your friends, you need some kind of portable amplifier. LIL KIKR doubles as an battery-free amplifier and a mobile stand, which is perfect if you want to play music on the go. 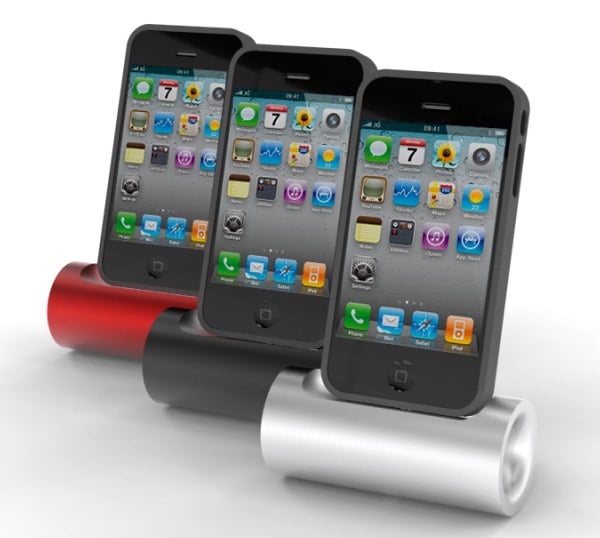 Designed by Mike Henry, the compact and minimal LIL KIKR also functions as stand and charging dock for your iPhone. It will blast music up to 10dB louder than the iPhone’s built-in speaker. There’s even a channel to amplify the sounds going into the microphone, so you can use it as a speakerphone or for Facetime calls. It’s made from machined anodized aluminum, along with a pair of rubber-covered stainless steel kickstands. For charging, there’s an integral slot which can hold on to the included 30-pin charging cable.

The LIL KICKR is designed to snugly fit the iPhone 4/4S, but another model, LIL KIKR+ will also be compatible with older iPhones and some iPods. You’ll need to pledge at least $50(USD) over on Kickstarter to get your own. 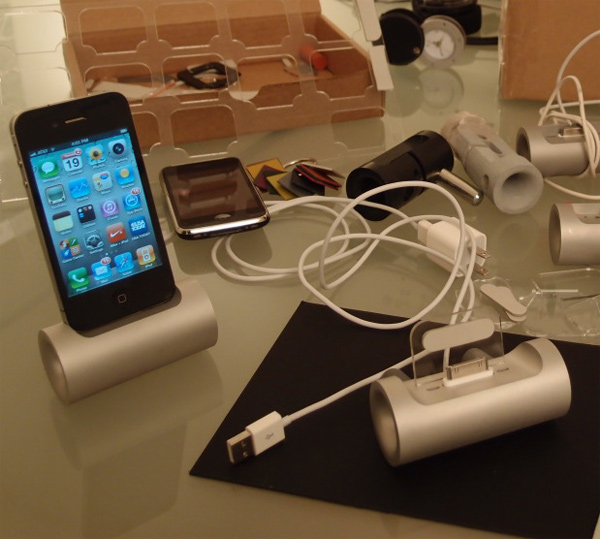