9 Month-Old Gets His Own Millennium Falcon

Kids these days get everything that they want. In this case, this 9 month-old got himself a Millennium Falcon before he even knew he wanted one. Liam’s  amazing parents spent 3 months building him his very own cardboard Millennium Falcon. 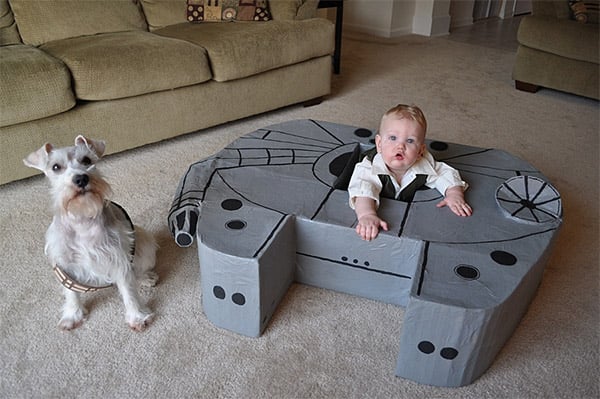 I just want to say right now that I’m ready to enter my second childhood and I will gladly pay these people to be my parents. Just so we are clear, this kid is 9 months old. They spent a third of his life building him a Millennium Falcon so he can have the Kessel runs in his diapers in record time. 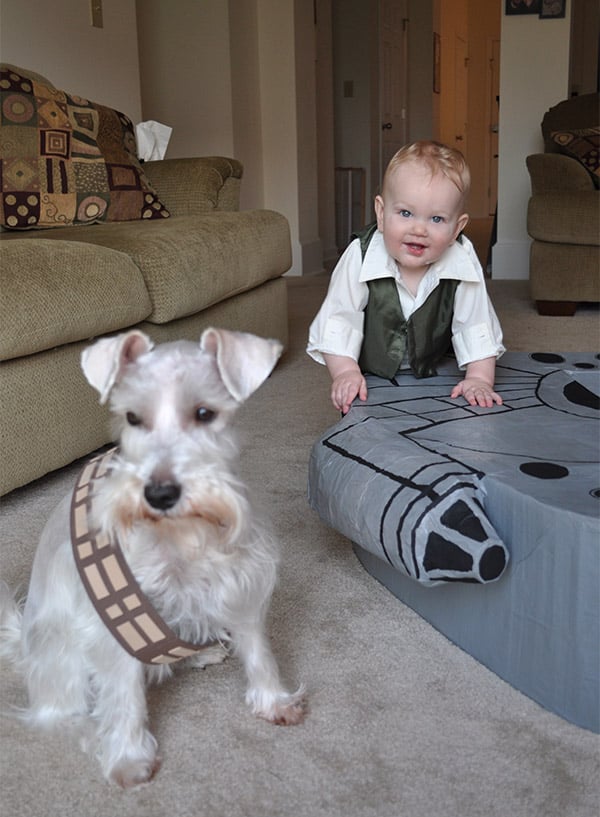 I just called my parents and yelled at them. Now I see how truly lazy they were. This lucky kid is off to a good start. He’s even got a wookiee co-pilot and a little Han Solo vest going on. You can check out more pics over at Flickr.

[The Pink Toque via Craziest Gadgets]