TJ* Animatronic Puppet Puts a Robot Head on Your Desk

If you’ve ever wanted to play with animatronics, here’s your chance to do it without breaking the bank. This low-cost robotic head is the perfect combination of plaything and educational toy. 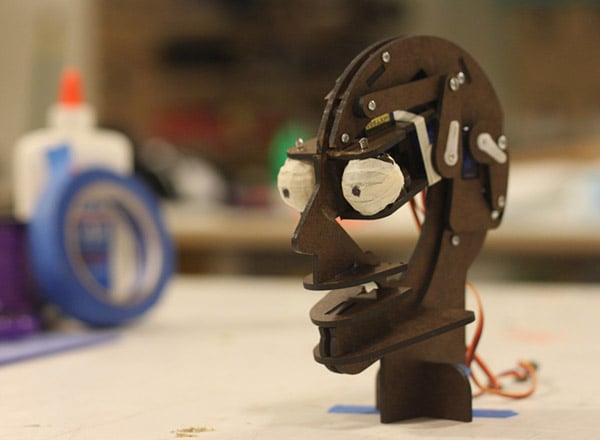 Designed by Jeff Kessler, TJ* is an animatronic puppet you can easily control. TJ*’s mechanical eyes can move up, down, left and right, and his mouth can move open and closed too. The mechanical puppet is controlled using a programmable Arduino circuit, so you can make it do whatever you want. 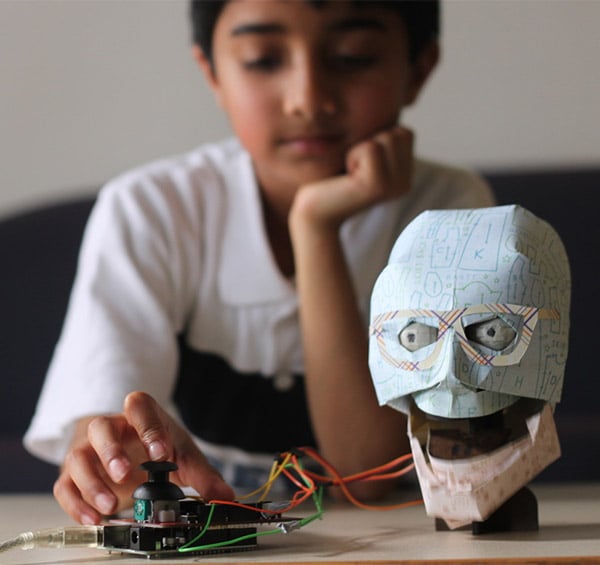 TJ* is made from laser-cut MDF wood and three drive servos, and can also be covered with a paper “skin” so you don’t have to stare at his skull if you don’t want (though I think it looks cool that way.) Jeff is also working on an upgrade which will let you add LED eyeballs to TJ*. Now all we need is a metal skin, and we’ll have our own desktop Terminators!

Pricing for TJ* starts at just $50(USD) if you already have an Arduino, and at $120 for a complete system with the Arduino Uno controller and puppeteer’s joystick. For $10 extra, you can request a plastic version of TJ* instead of MDF. Drop on over to Kickstarter and get your pledge in by this Saturday April 14th, if you want to get in on the action. Jeff expects to start shipping out the first batch of TJ* robots this June. Down the road, he’ll also be releasing an upgraded ($200) version of TJ* with the ability to move the corners of his mouth and his brow up and down.