When harnessed properly, atomic energy can probably be used to meet the world’s energy requirements and then some. Despite its potential, nuclear energy is also very dangerous. So dangerous, in fact, that New York-based artist Nao Matsumoto distributed thousands of middle finger candles that he had molded earlier to show what he thinks about it. 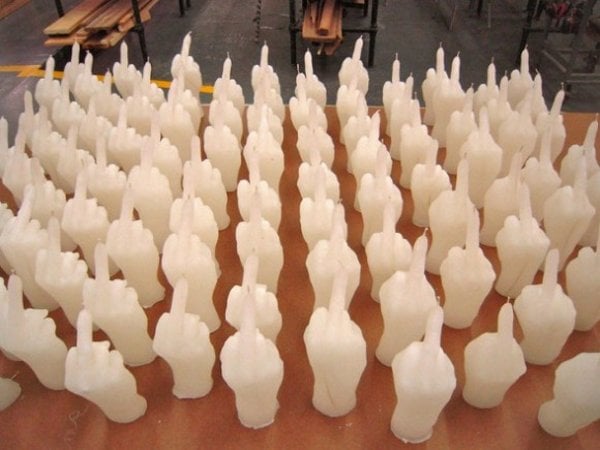 These were the candles that waves of Japanese people carried as they formed a human chain around the National Diet building (where the Japanese legislature meets) in Tokyo this past March 11. You might recall this date being the anniversary of the tsunami that sparked the deadly Fukushima atomic disaster last year. 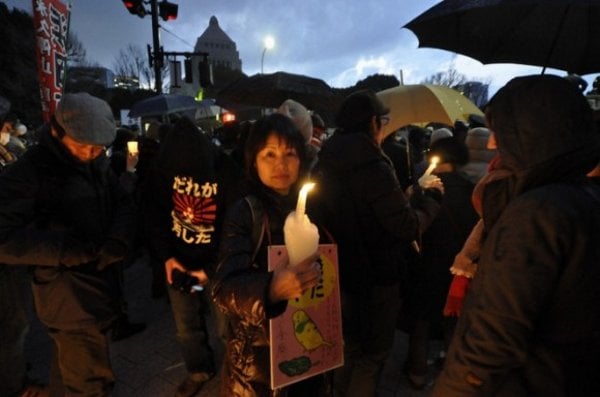 The candles eventually burn to leave the disfigured stump of a clumpy hand – which is “symbolic of human tendency to only be able to communicate after things are badly damaged.” That’s in case the middle finger didn’t get the point across in the first place.