How does Germany celebrate the release of The Phantom Menace in 3D? With the world’s most awesome Star Wars diorama of course. Rene Hoffmeister and Lorenz Lnggrtnr built this super complex diorama featuring sets from Star Wars completely built out of LEGO. 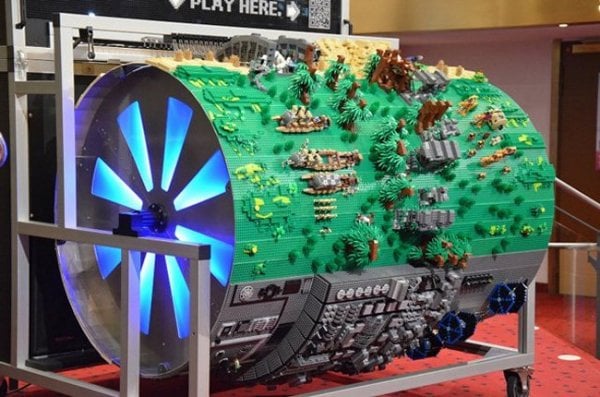 This crank-turned, rotating cylindrical work of art is more than just a visual masterpiece. Certain key elements of the scenes are elevated to trigger levers, which in turn play an organ. An organ that is playing the Star Wars theme! The four sets on the platform are scenes from Hoth, Tatooine, Naboo, and the surface of the Death Star.

Most impressive! Aside from the fact that it is being used to promote a crappy, overworked prequel. Oh well, this thing is still quite possibly the best diorama anywhere, from anytime.