While it isn’t quite as bad-ass as Alex Murphy, South Korea’s robot prison guard promises to uphold its prime directives: watch over prisoners and snitch to their human colleagues if needed. 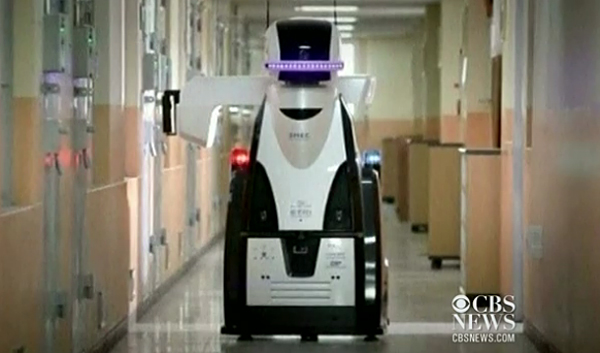 As you can see the prototype looks far more serious than the smiley-faced concept, but that doesn’t mean that it doesn’t care about its ward. Supposedly it can gauge the prisoners’ emotional state and record their normal habits so that it can watch out for errant behavior such as suicidal tendencies. Hopefully it won’t reprimand folks for being too happy.

The robot is also equipped with a camera and a two-way audio system so the human guards can talk to prisoners remotely. The robot can also be controlled via an app, which is both a user-friendly feature and a horrible security risk.

I wonder if they’re going to install weapons or defense mechanisms to the final version.

[via CBS News via Walyou]