Zachary Pollock wants to make a replica of World 1-1 from Super Mario Bros. using LEGOs and set up a Kickstarter fundraiser for his project. Mario-themed LEGO creations are nothing new, but Pollock really does need your money, because the replica he’s making is on a scale of one brick per pixel. 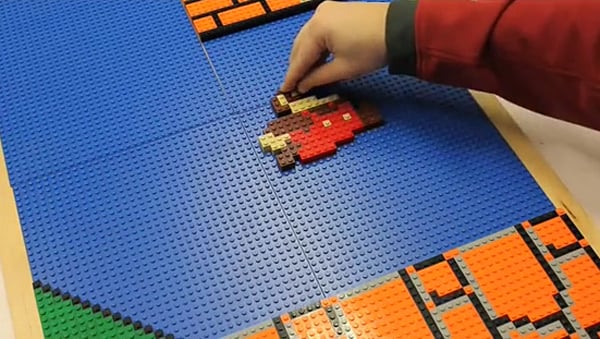 Pollock estimates that his ambitious scale will be equivalent to almost 780,000 LEGO studs, with the final mosaic measuring over 6ft. tall and over 90ft. wide. Here’s Pollock with more on his project:

Head to Kickstarter and pledge at least $5 (USD) if you want to help Pollock complete his ambitious project. Every $100 nets Pollock an extra life. Or so I’d like to think.