Quarters Shrunken Down to Size Through Electromagnetism

When I was growing up, I remember seeing a native tribe somewhere on TV or the movies who had a bunch of shrunken heads hanging around their huts. I seem to remember that they looked like dried up apples that had been carved out. Maybe that’s what they really were and they didn’t actually shrink any human heads. 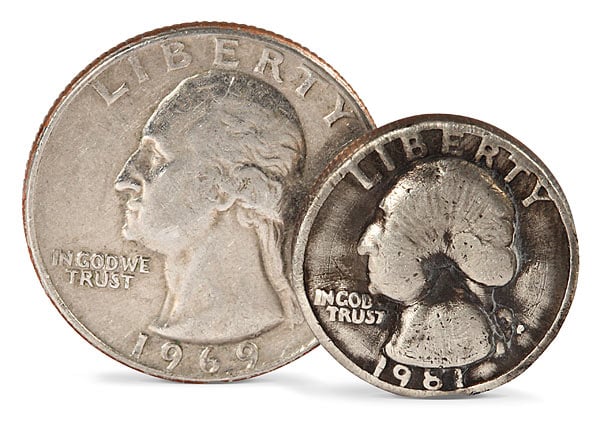 These quarters have been zapped with 6,000 volts and 100,000 amps using a high energy electromagnetic field.  The intense energy forces whatever is used as a conductor between its repelling magnetic fields to be compressed in about 1/100th of a second. The result of placing a quarter in this evil contraption is a smooshed coin like the ones shown in the pics here. While the center details are somewhat distorted, the edge, letters and numbers are pretty much intact, making of one weird looking coin. 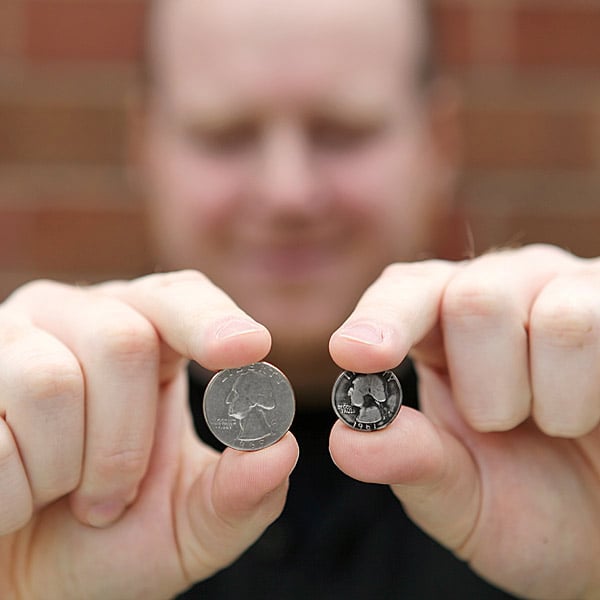 You can get your hands on one of these shrunken quarters over at ThinkGeek for $24.99(USD). That’s right, it may be about 1/3rd smaller, but it costs 100 times as much – and you can’t use it in any vending machine.