Teryll Whitlatch is a professional illustrator and creature designer. Hardcore Star Wars fans may know – nay, hate – her as the person responsible for creating Jar Jar Binks. But her whimsical mashup of The Avengers with dinosaurs proves that Jar Jar is just one dent on her accomplishments. An ugly dent. A big ugly dent. An unforgiva – HULKASAURUS SMASH! 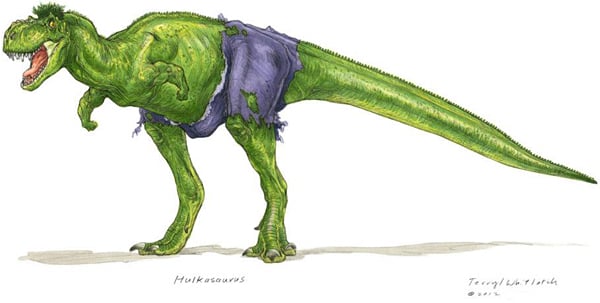 Whitlatch says she chose to make the Hulk a T. rex not because of the dinosaurs’ reputation but because she wanted to give it “really muscularly odd little arms.” See? She’s awesome like that. Same with Captain America, who she turned into a Parasaurolophus just because it would be funny. 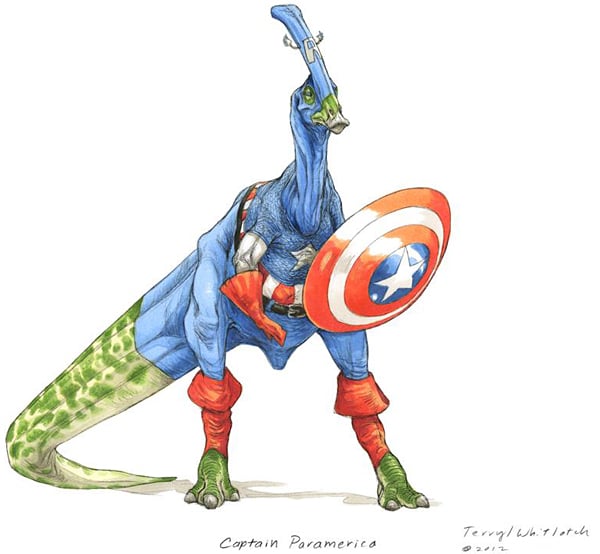 Thorosaurus is a word play on Torosaurus – the adult form of a Triceratops – and Ironkylosaurus is an Ankylosaur, because just like Iron Man these dinosaurs were armored. 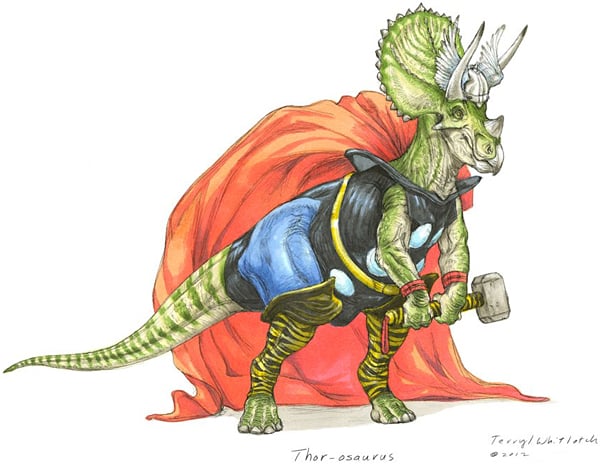 Check out Tales of Amalthea if you want to learn how to draw like Ms. Whitlatch. Who knows, maybe you’ll go on to design the next Star Wars creature. What’s that? Of course there will be another Star Wars. That’s how geeks pay for their sins. 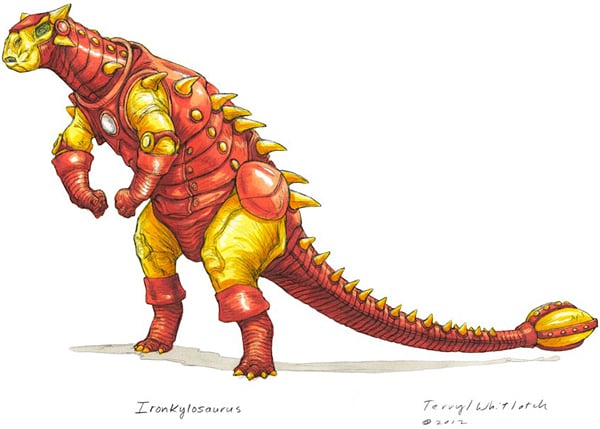 [via TOR via The Mary Sue via Gamma Squad]