Dundee University researchers have created Doctor Who’s sonic screwdriver. Or at least a rough version. The machine can use ultrasound to lift and rotate a rubber disc floating in a cylinder of water. This is important because it is the first time ultrasound waves have been used to turn objects instead of pushing them. It means that we are one step closer to a real life Sonic Screwdriver. 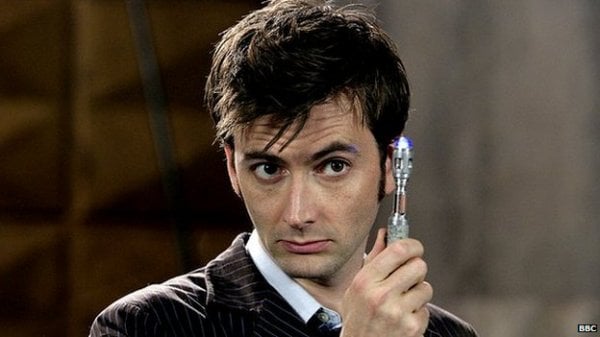 The study could make surgery using ultrasound techniques more precise, but more importantly, one day it might go in your pocket and help you escape a horde of Daleks. It might also help get you a cute sidekick.

The scientists used energy from an ultrasound array to form a beam. This beam can carry momentum to push away an object in its path and, by using a beam shaped like a helix or vortex, cause the object to rotate. Hence, “unscrewing”. Next I hope they work on some psychic paper.