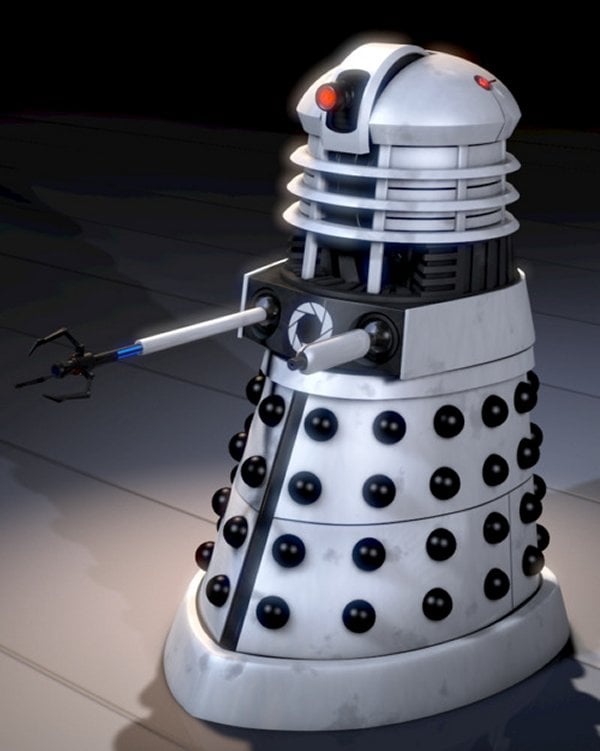 It doesn’t end there. Over at the Dalek Factor they have all kinds of crazy non-canon Daleks. How about a Futurama Dalek? Or what if Leonardo Davinci had built a Dalek?

These are all cool, but we don’t need any more Daleks thank you. Haven’t they caused enough trouble? Plus, their voices are terrible. They cut right through your ears and assault your brain as if with a sonic plunger hand. You would think that the Doctor would have been able to shut them up by now.