I think many of us would appreciate a car that can drive itself for those long road trips or when you’re stuck in traffic. We have some systems today to make driving in traffic easier such as cruise control that can stop and start the car moving without driver interaction. Cadillac has a new system it is talking up called Super Cruise that is much more than simple throttle control. 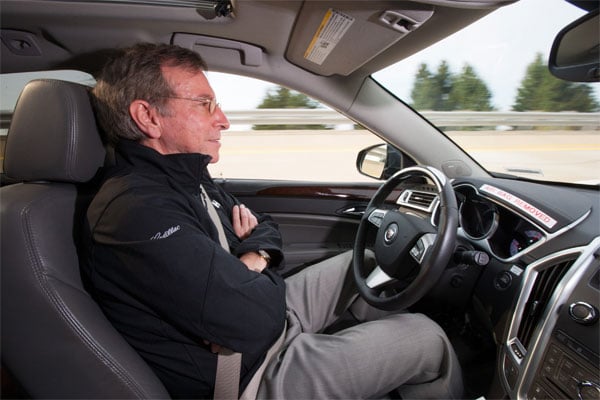 The technology is able to steer, stay in the lane, and accelerate or stop with no interaction from the driver. The tech will work as long as the various cameras and sensors on board have a good view of the street lanes. If the car can’t sense the lane markers well enough the driver will have to steer.

The system uses radar, GPS, ultrasonic sensors, and cameras to drive itself. GM says that the GPS data is used to allow the car to know when a turn is coming up. I hope its GPS maps are good so it doesn’t send the car careenining into a ditch. I think self-driving vehicles are an awesome idea to allow you to relax a little when stuck in traffic.