Earthquake-Ready Table Could Save Your Life in the Future

No place in the world is safe from earthquakes. They’re one of the most terrifying natural calamities because you can’t help but feel so small and insignificant when the ground begins to shake – and just doesn’t seem to stop. 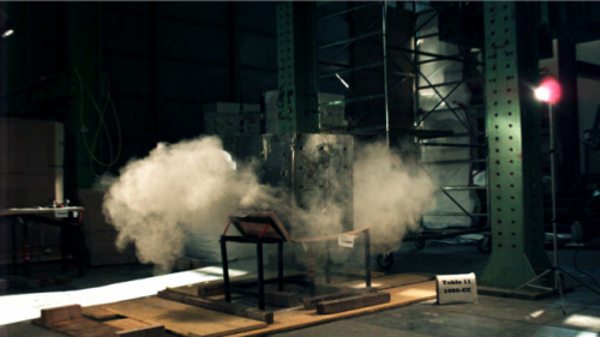 What you need to do during earthquakes is simple: drop, take cover, and hold on. There’s a risk in the second step because you might find yourself crushed to death if the thing that you’re crouching under isn’t very strong or sturdy. That’s where this table designed by Arthur Brutter and Ido Bruno from Jerusalem’s Bezalel Academy of Arts and Design comes in.

The earthquake-ready desk will be featured in the 2012 Design Bonanza Bezalel exhibition in Milan from April 17 to April 22, and has been nominated for London Design Museum’s design of the year award. It’s more than just a concept design, though. The table is currently licensed by school furniture manufacturer A.D. Meraz Industries Ltd. for distribution in Israel.

The table has been engineered to withstand the impact of objects that weigh up to 1,000 kgs (or 1 ton) from a drop of eight to ten feet. Under ordinary tables, you would probably be crushed along with everything else on top of you. It’s about 2.5 times as expensive as current school desks, but there’s no amount of money in the world that can out-value a human life, don’t you think?