Death from Above: Quadcopter Modified to Carry Machine Gun

You probably already know the FPSRussia YouTube channel from their many videos of carnage showing a nice Russian-sounding guy using different weapons. His latest video may be the best yet. In this one, he isn’t even holding a weapon. Instead, a remote-controlled quadcopter named “Charlene” is doing the shooting. 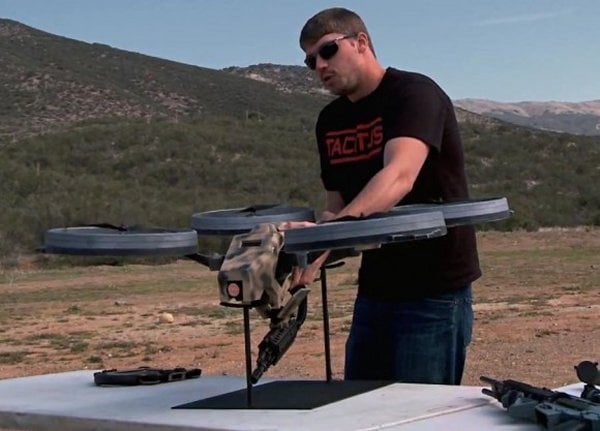 There aren’t many details on this quadrotor, but we know that it’s a prototype unit that was either modified from a standard quadcopter or actually a work in progress for use by the military. There’s a camera in front and underneath is a deadly machine gun. That said, there’s plenty of suspicion that this thing is a fake, and just a promotion for the next Call of Duty game.

Charlene is controlled using a tablet with the view configured to also act as a target reticule for the gun. It seems to have great accuracy.  All I can say is, it’s a good thing we don’t see this thing in our skies. It would be the last thing we see.[via Geek]