Angry Birds Lobbed to Another Platform

Angry Birds is the new Tetris. It’s everywhere: phones, tablets, desktop computers, handheld videogame systems and even on a browser. Illustrator and graphic designer Giorgio Cantú imagines what it would be like if the game appeared on its own Nintendo Game & Watch too: 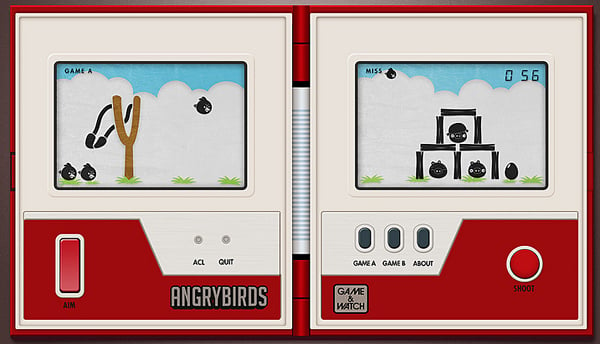 Rovio wouldn’t approve of it though. No way to place in-game purchases or ads. Slingshot to Cantú’s Flickr page for high resolution versions of the image or fly to his website for more of his work.

[via Albotas via I Heart Chaos]