Of all the gadgets and gizmos that Batman uses to fight crime, one of the ones I always thought was most interesting was his grappling hook gun that he can fire up onto ledges or the top of buildings to climb. If you’ve ever wanted to have that sort of grappling hook gun, some student engineers at BYU have created one that actually works. The students dreamed it up based on what Batman uses. 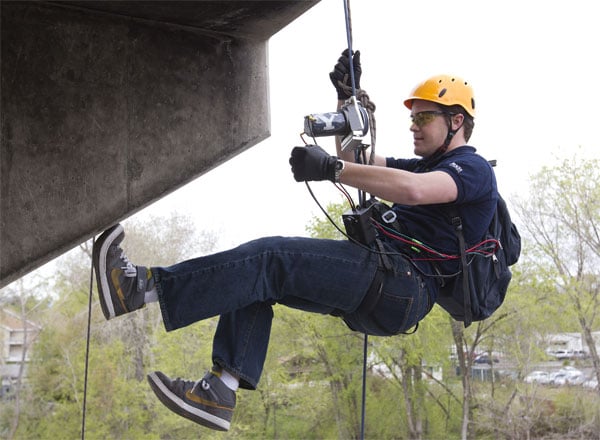 The students created their grappling hook gun for an Air Force competition. The device the team created uses a launcher to shoot a grappling hook as far as 90 feet in the air. Once deployed, the system uses pulleys, and other tech to automatically pull the user up the building or other surface with little effort.

The contest the team will be participating in gives them 20 minutes to demonstrate the tool and then train military representatives on its use. The goal of the competition is to get three people up a 90-foot vertical incline while carrying 300 pounds of gear each. The device designed by the BYU students is able to climb 30 feet per minute. Check out the video above to see the system in action.