Remember way back when Tetris was first released? We had to play on small TVs. Eventually we were able to play on larger HDTVs, but it turned out that a 60″ flat screen still isn’t big enough for some people. That’s why some students from MIT decided to play a game of the arcade and console classic using an entire building as a display. It’s not the first time this has been done, but it’s always fun to see an entire building used to play a game. 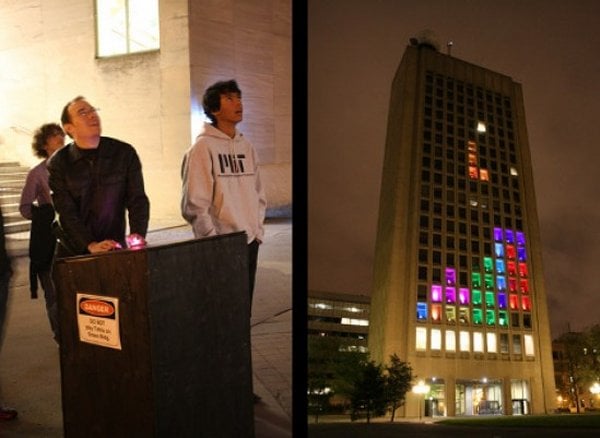 They turned the outside of MIT’s Green Building into a super-size Tetris screen and then proceeded to move, rotate, and drop all of the familiar blocks, but there was a unique twist as the player progressed through the levels. When the player hit the second level, the blocks became more pale in color, making it more difficult to to see.

The third level made the colors on the screen shift, making it even more difficult. The people inside of the building now know what it feels like to be inside of a video game.

[Bostinno via Hack A Day via Geekosystem]