SleekSpeak Wireless Speakers Will Help You Bike to the Beat

Whether you’re a prize-winning cyclist, a hipster or just a human being who loves to ride bikes and does not fit a niche or stereotype, it’s not a good idea to wear earphones while cycling. They impair hearing and can get tangled, causing you to be distracted and perhaps die a horrible death, albeit one with a soundtrack. Better go with something like the SleekSpeak. 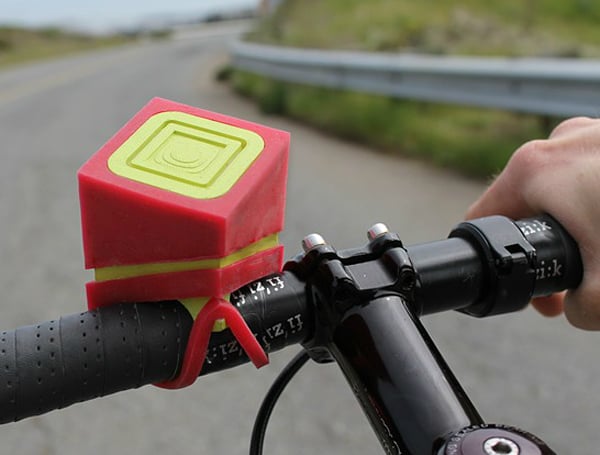 Despite its unusual appearance, the SleekSpeak is simply a Bluetooth speaker, optimized for bicycles. It has a shock- and water-resistant rubber case, a silicone rubber strap, and an internal battery that lasts for 12 hours and is charged via USB. 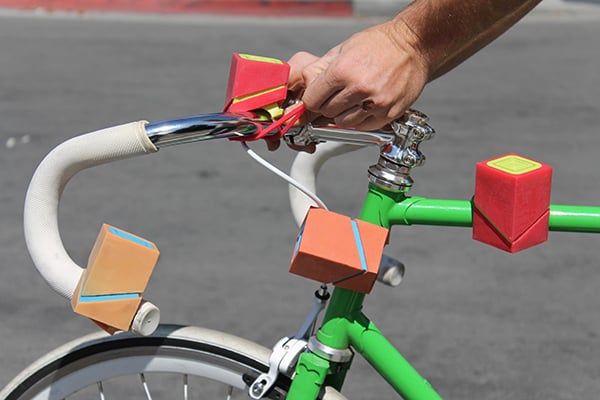 Inventors David Meisenholder and MK Li claim that the SleekSpeak can output audio at over 80dB. It probably won’t have decent bass, but 80dB is pretty loud. Meisenholder told backers that he’ll be uploading a demo video of the speaker soon, but for now have a look at their pitch video:

Bike on over to Kickstarter before May 9th, and pledge at least $69 (USD) to have a chance to own one of the first SleekSpeaks. If it becomes popular, you can say that you had one before it was cool. Not that anyone will care.