Fans of the old Super Nintendo Entertainment System will immediately recognize the cartridge in the slot below as that of the classic The Legend of Zelda. But what’s cool about this custom-built arcade cabinet is that it plays any SNES cartridge, while looking awesome. 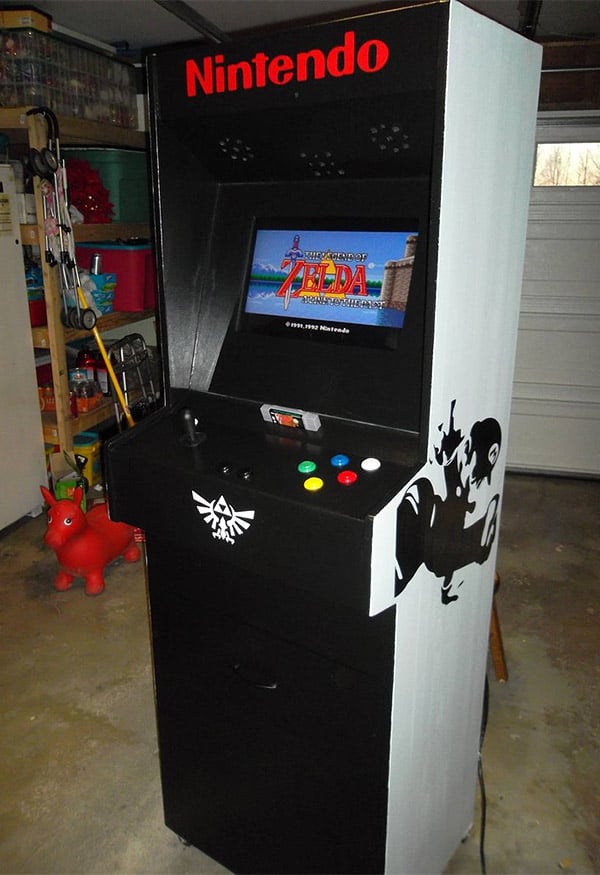 The cabinet was built by Reddit contributor Echoobrain, and it has a full arcade quality joystick and buttons built in. The system offers Link and Mario details on the side, along with a Triforce on the front – and it’s crowned with a proper Nintendo logo of course. While the arcade controller is limited to single-player gaming, there is a hidden controller in the front drawer that lets you play 2-player games too. 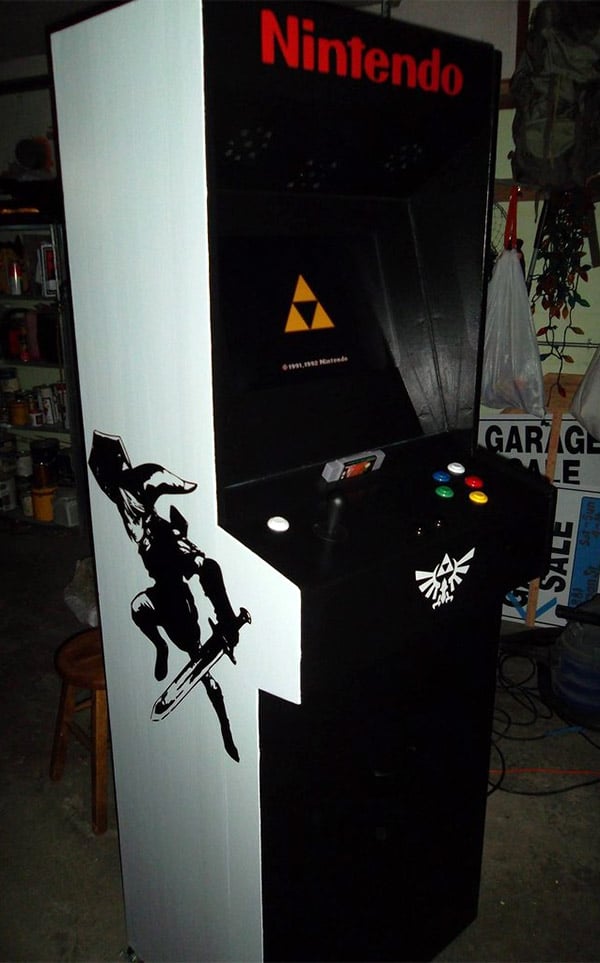 Echoobrain doesn’t say much more about the build, but it’s pretty great in my opinion. The only thing better would be if it could play ALL Nintendo games, not just the SNES – but sometimes less is more, and it’s not like the SNES didn’t have a ton of great games. Echoobrain does mention that he might add a small MAME system inside the cabinet that he could toggle to for other arcade games down the road though.