Tapi: Turning Faucets into Fountains, One at a Time

I think it’s perfectly fine to drink water straight from the tap, but I know a handful of people who have objections because they’re under the impression that tap water is dirty. Maybe it’s because of how the tap looks or maybe it’s all in their heads, but something that might be useful to those who do drink from their taps is the Tapi. 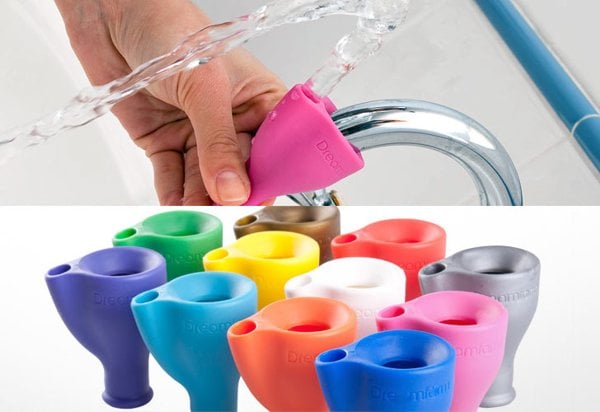 Tapi is a tap attachment that fits right over the spout of your tap. Instead of a steady stream of water flowing downwards, Tapi redirects the water and spouts it out in a trajectory when you squeeze it at the bottom. Ta-da – instant fountain! 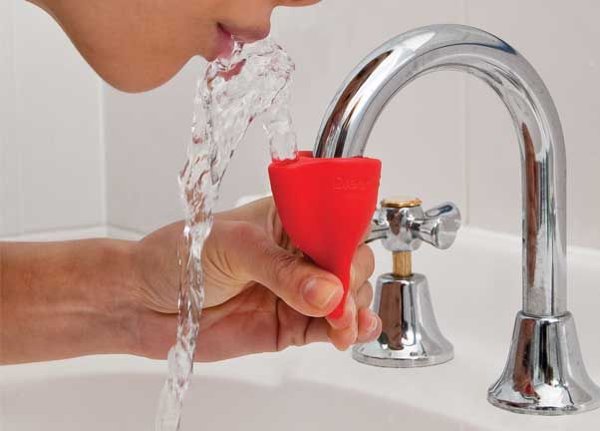 Tapi won a Red Dot Design Award last year and is now for sale from Dreamfarm for just $6(USD).