Over the years, I have seen a number of interesting ways to have a city wired with Internet access. Some have tried basic mobile broadband service offered by wireless carriers. Other cities have wired their utility poles with Wi-Fi hotspots, and I’ve even heard of some places in Europe running wires through sewage systems. What I haven’t heard of is actually using roads and sidewalks as hotspots. 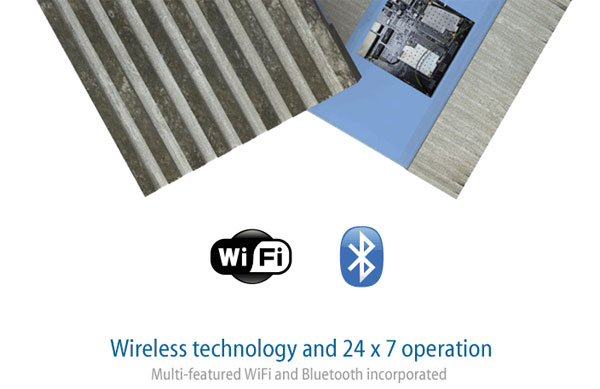 A company based in Spain has a new product called iPavement that are little square tiles of pavement that can be placed into the ground. These tiles have hardware inside that allows them to offer Wi-Fi Internet and Bluetooth connectivity. The tiles even have their own operating system that provides users access to apps.

There are number of apps which will be available including a virtual library app, and app that shows maps of the city and public transportation, as well as an app that gives access to music. One of the apps provides emergency notifications, another allows the city to monitor usage of the hotspot and the street. I’d like to see these tiles hit the road in my area. iPavement will launch in July.