I’m not sure how many cats are Star Wars fans, but if your cat loves the movies, I bet he/she wishes that this was in their living room. Just look at that thing. It was made for cats to play in, but I want to play in it too. 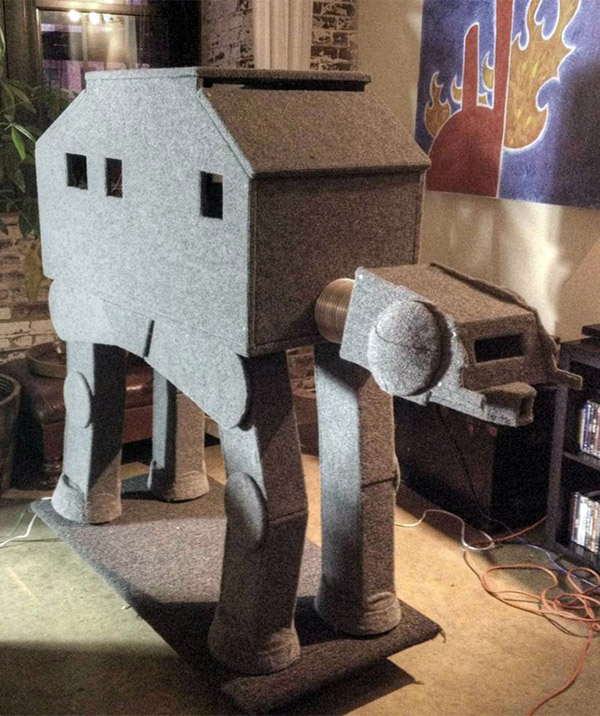 Billy Appletini is that kind of friend. One of his friends is a Star Wars fan who has two cats, so he made this for them. That’s going way beyond the call of duty and makes Billy an amazingly awesome guy. It took him about a month to build it. And yes it is appropriately called a CAT-AT. 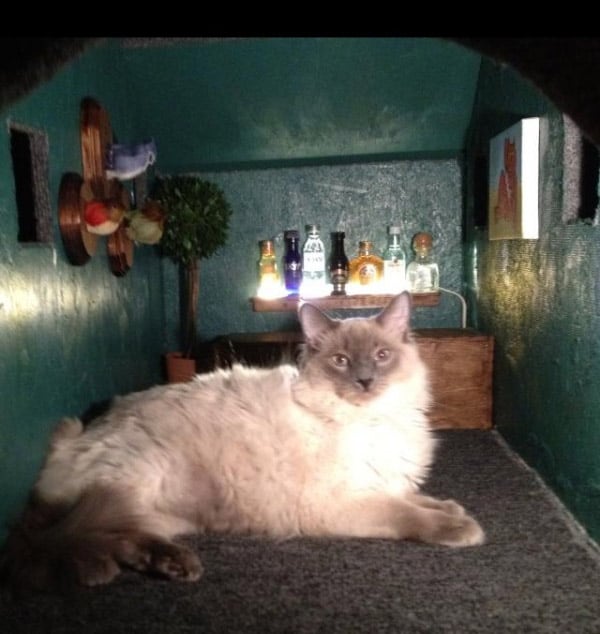 On the inside you’ll find some fake mounted bird heads and a little mini bar. These cats have it all now. I can’t wait for them to bat a ball of yarn around it’s legs and take this CAT-AT down.

[via Craftzine via Nerd Approved]