Darth Vader Table Lamp: The Light Side of the Dark Side

35 Years after the release of the original Star Wars, Darth Vader is still one of the most feared (and revered) villains in the history of moviemaking. So it only makes sense that his imposing figure would continue to make its way into our lives through merchandising and various other accouterments. For instance, this Darth Vader lamp is a thing of beauty. 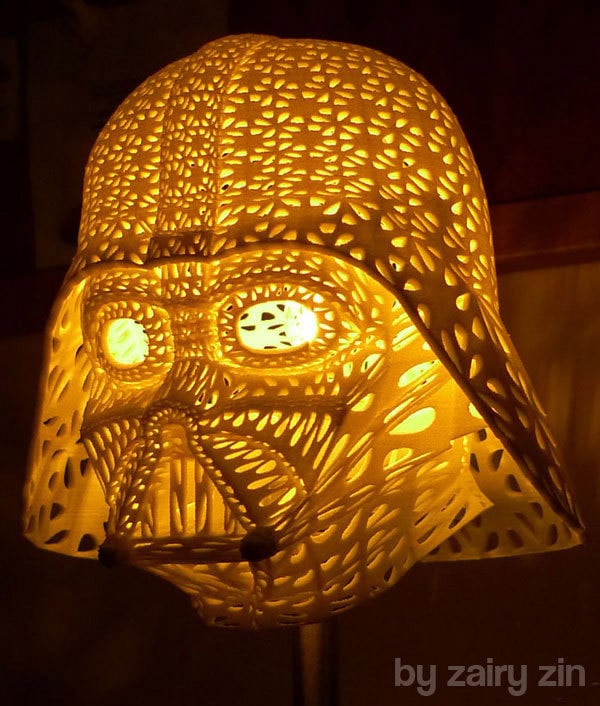 It’s made by artist Zairy Zin, using selective laser sintering 3D printing tech, and is a detailed version of Vader’s trademark helmet – other than the thousands of tiny holes in it to let the light shine through. The lamp is designed to go on a table, and the Sith Lord’s helmet measures about 5.12″ across. This means it’s more of an accent lamp than something you’d expect to light up an entire room with, but it’s not like I ever expected anything light to come out of Vader’s evil mask anyhow. 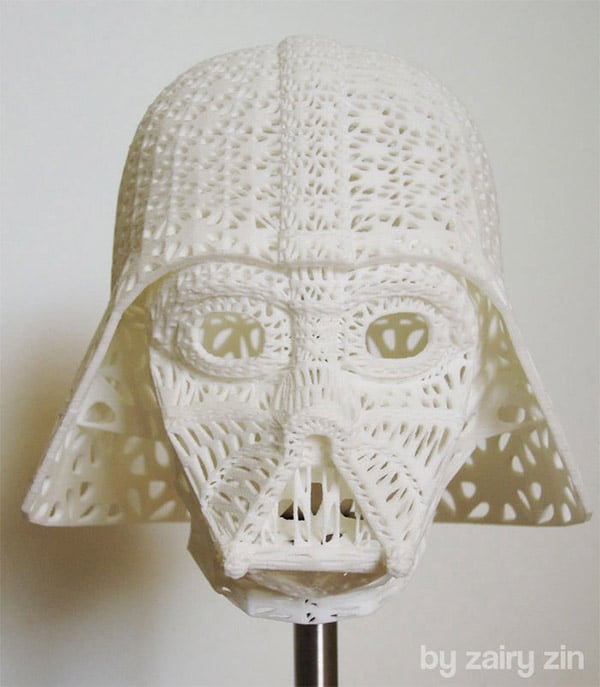 The white version is a limited edition, and sells for a rather pricey $585(USD) – but that doesn’t make it any less special in my book – though it does make me wonder where the black version is. If I had the money to spare, I’d definitely get a pair of these for my living room to flank my couch – or better yet, I’d love to have Vader on one side and a stormtrooper on the other. Too bad there is no stormtrooper lamp (yet.) 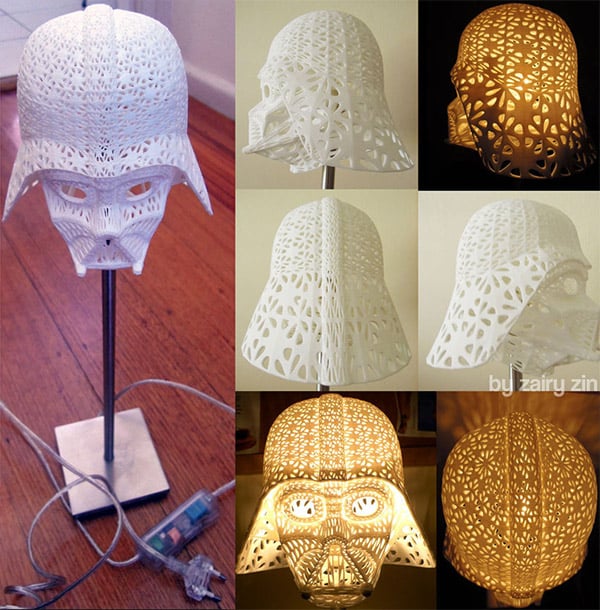