IKEA Digital Camera is Made of Cardboard, No Assembly Required

I’ve seen pinhole cardboard cameras before, but this is the first time that I’ve seen something like this made by a furniture giant. It was a promotional item, but it makes me think that IKEA might be working on a product like this. 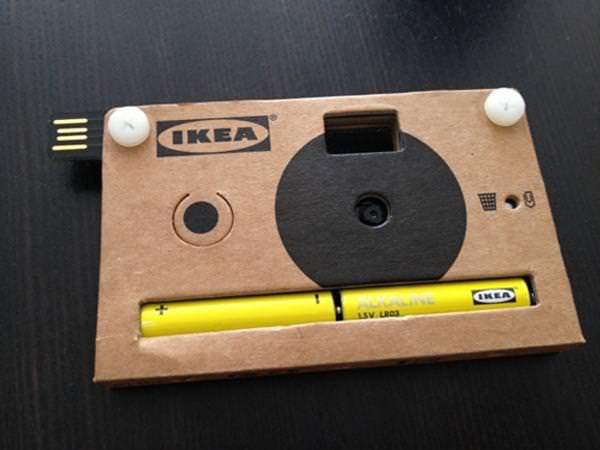 This “disposable” camera uses two AA batteries and can store up to 40 photos in the built-in memory. Once you’ve filled it up, you can download the images to your computer using the USB connector that swings out of the corner of the camera.

The IKEA Cardboard Digital Camera was created as part of a press kit for the 2012 Fuorisalone, a design expo in Milan – so, no you can’t pick it up at your local IKEA store, but you might be able to do so in the near future if enough people let them know they’d like one.

[via Fancy via PetaPixel]