Ark of the Covenant Cake: Eat It with Your Eyes Closed

Somehow, somebody rescued this Ark of the Covenent cake from a government warehouse full of relics and now it is time to eat. Okay, so it wasn’t really liberated from the warehouse at the end of the movie, but baked fresh. 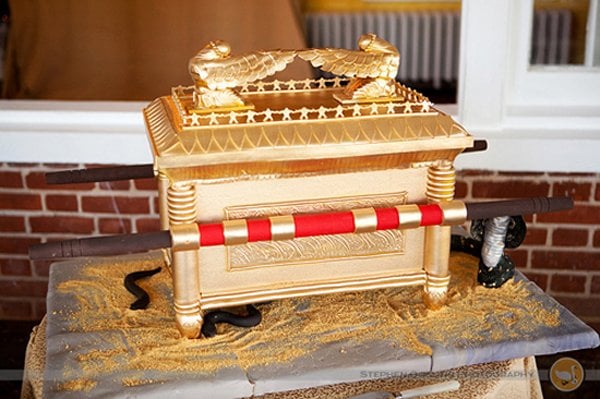 It was made by Charm City Cakes for a wedding and no Nazis were harmed in it’s procurement. It did not melt any faces either. I don’t know about you, but I would risk being melted just to get a slice of this cake. Just look at that golden delicious biblical confection. 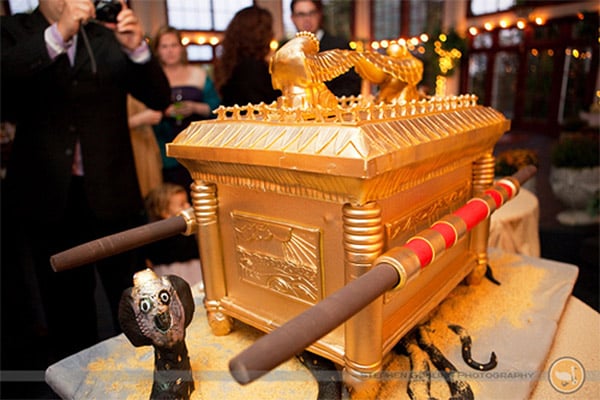 I bet it holds the ten commandments of geekdom within it’s sugary insides. The snakes (why did it have to be snakes?) and sand are a particularly nice touch, although the cobra looks like it has a silly face. This is one awesome cake. It must have been a great wedding.