LEGO Tachikoma Can Be Official, but It Needs More Than Eleven Individuals to Vote for It

Peer Kreuger put his motorized LEGO Tahickoma tank up on Cuusoo and needs your support for the powers that be to notice it. If you’re a Ghost in the Shell fan that should be all that you need to know, but in case you still need more motivation, here’s a look at the toy: 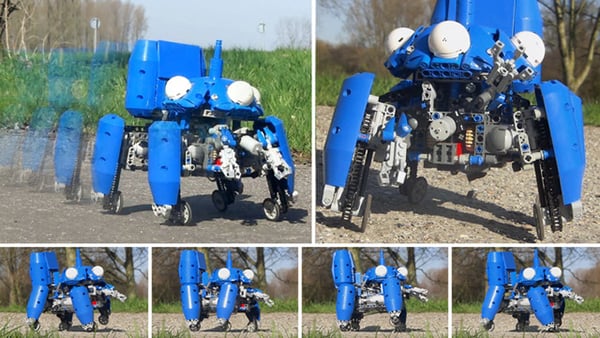 Kreuger estimates that the toy will sell for $150-$200(USD) if it becomes a real product. That’s a big if; as per Cuusoo rules, gathering the required 10,000 votes is no guarantee that LEGO will make it a real product, just that they will consider the possibility. But a true Section 9 operative never gives up, so go to LEGO Cuusoo and vote for the Tachikoma – and tell your friends to do the same. I bet if LEGO includes a Laughing Man sticker with every toy it will sell like crazy.