We are well on our way toward a real working Star Trek phaser with a stun setting as evidenced by the video below. This guy created a working phaser in his garage and it is amazing. He gets -2 points for not drawing a Klingon face on that balloon that he kills, but that’s okay because he gets +10 for complete awesomeness. 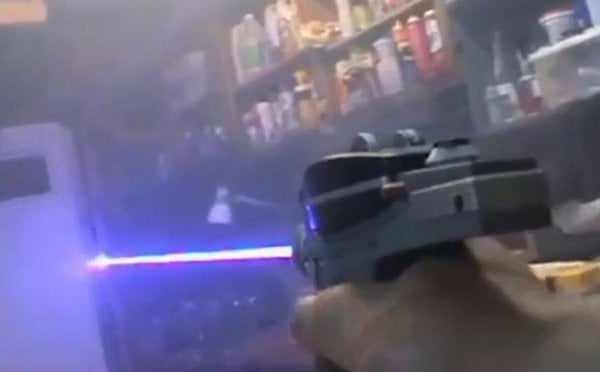 It looks like this homemade phaser was made by combining a classic Star Trek phaser casing with a powerful blue laser unit. It’s a good bet that it is the laser module from a PlayStation 3 Blu-ray drive. At least that’s what some are speculating. So does popping a balloon qualify as a real stun setting?

Look, the balloon popped. I’m willing to bet that if you had been hit by that beam, you would have screamed and dropped to the floor like a Ferengi losing a latinum fortune. It would have at least hurt you a little. We aren’t sure if the sound is part of the weapon or added later, but it completes the effect.