There’s no denying the late Steve Jobs was an insanely competent businessman and led Apple to the heights of profitability and popularity that it’s experiencing today. I always think of Steve Jobs as a very serious person who was intent on success. Apparently, he had his weird side too. One promotion he proposed shows off this more unusual side. 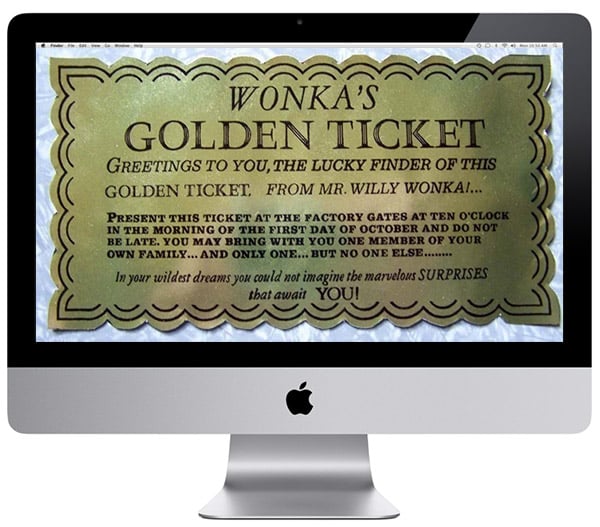 According to Ken Segall’s new book Insanely Simple: The Obsession That Drives Apple’s Success, Jobs pitched a contest to other people at Apple that had to do with a special Willie Wonka style event for the one-millionth iMac sold. Jobs wanted to stuff a golden ticket inside the box with the actual one-millionth iMac. The person who found that millionth iMac would get the purchase price of the machine refunded and a trip to Cupertino to meet Jobs.

Steve was going to go the full Monty, dressing up in Willy Wonka clothes and all. I wonder if he would’ve passed out everlasting gobstoppers. Unfortunately, the legal eagles at Apple rained on Steve’s parade though noting that in California any sort of sweepstakes required the ability for people to enter without a purchase.