Since Japan can’t help but get all kinds of cool things that the rest of the world can’t have, they’ve decided to further their reputation of being awesome by showing us the Pokemon Tretta Arcade Game.  It will be in Japan in July, and is from the geniuses over at Marvelous AQL.  The game is going to be in stores and game-centers everywhere, and by everywhere, I mean in Japan.  My mom said I could paint my room any color I wanted as long as it was white.  So, I painted my room neon green, and then covered it entirely in toilet paper.  That’ll teach her to give me vague instructions.  “Aren’t you like 40 years old?” 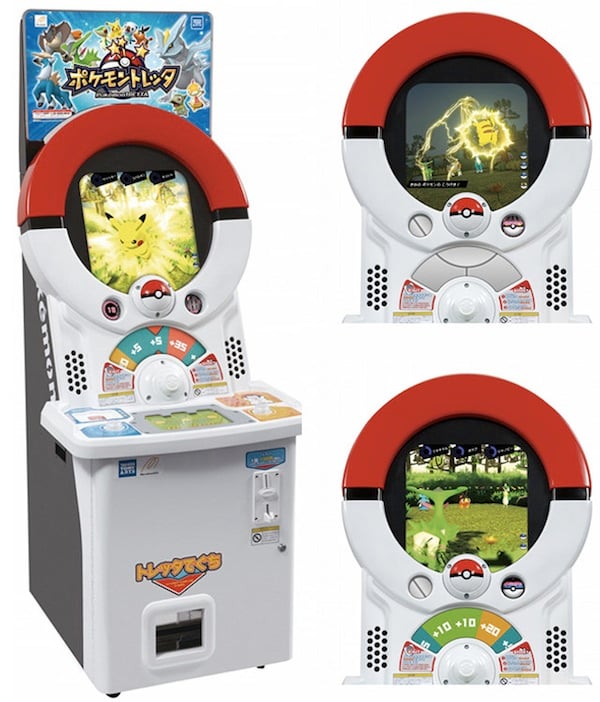 Pokemon Tretta is amazing because it brings the beloved Pokemon cards into conjunction with the most addicting series of games ever created.  (Mass Effect excepted.)  With this cool machine, you can search for Pokemon in those sketchy patches of tall grass and try your best to become the very best.  (Mom always told me that someone would always be better than me, but she lies.  Ash Ketchum does not.)  when you catch a Pokemon, you will be given a plastic card called a Tretta – yes, these are not virtual – they are real.  You can see a few Trettas below – 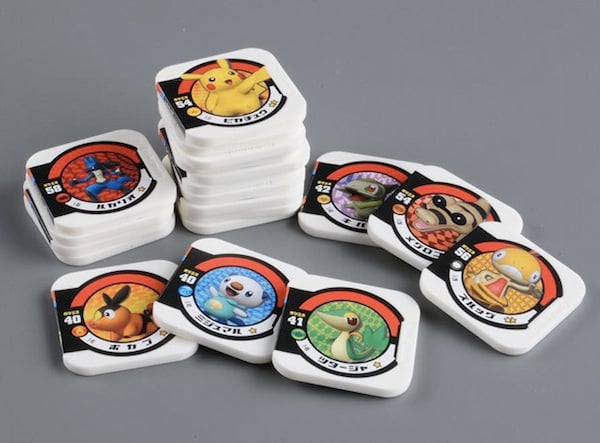 These cards can then be traded and collected with friends, and are also re-usable in the game – when you slide in the cartridge, it recognizes that you have captured this Pokemon and can use it in battle.  Sounds like way too much fun not to be in America.  Nintendo, you are losing tons of money in sales – why not sell your products to a very eager market?  Seriously!  We’re begging to play with your shiny new things.

If you’re a huge Pokemon fan, like I am, then you’ll also want to check out the Adorable Pokemon Cupcakes and the Guy Who Proposed With A Pokemon Card.  Don’t check out the guy, because he’s married, but you know what I mean.  Don’t try to twist my words, you evil instruments of the biased national media.