I have to say that this little R2-D2 ballerina outfit looks pretty cute, and it’s easy to recognize the original droid. It was designed by Leeloo who works as a designer for J!NX. It looks like an awesome Halloween costume or something you could wear to cosplay adventures. She calls it the Artoo Tutu. 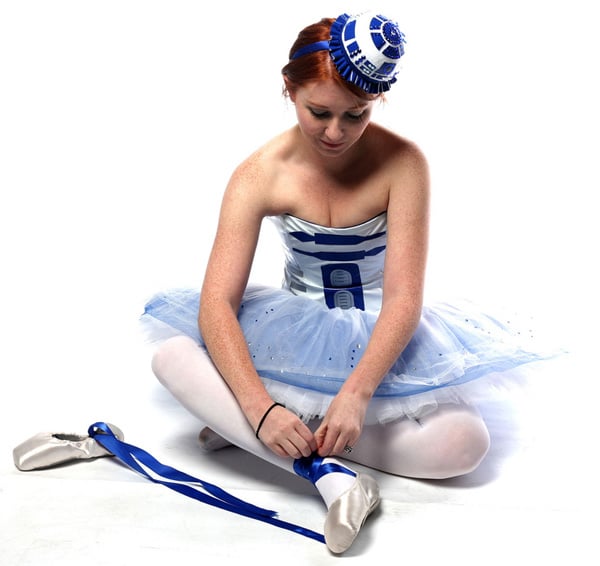 The Artoo Tutu is definitely distinctive. The costume was handmade last year and she’s been prancing around in it ever since. I have to say that I quite like it – though I’d never be caught dead wearing it. 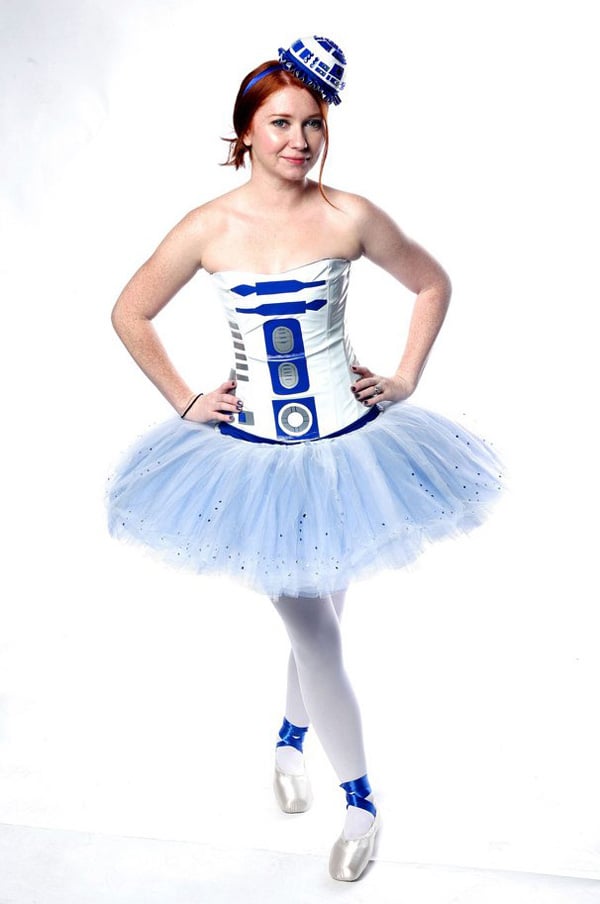 Anyway, if you managed to get the R2-D2 swimsuit, then you’ll probably go bonkers for the Artoo Tutu. 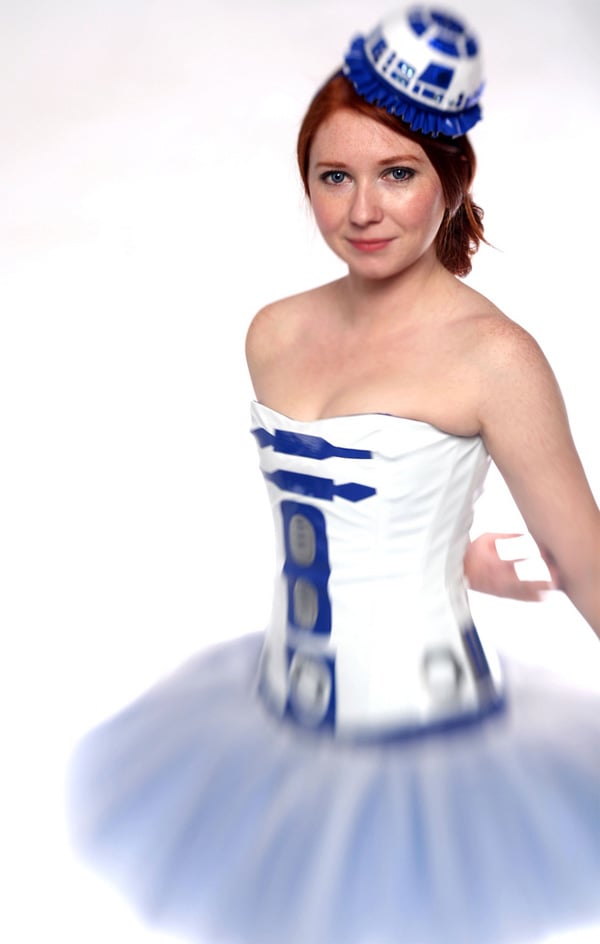