Here’s a trollish concept for a doorbell by designer Bobby Petersen called the Door Knocker. When you press its button you’ll hear three knocks instead of a ding or a dong. It’s not a recorded knocking sound either: the contraption will actually knock on the door. 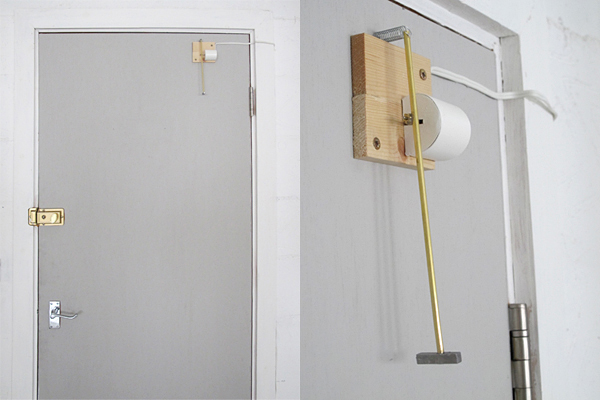 Watch the video to see the whimsical gadget in action:

It would’ve been funnier if the door had a motion sensitive gizmo that would emit doorbell sounds when someone knocks on the door from outside. Or if the door opens when you knock on it. Or if it explodes. Or becomes a doorbell. Excuse me while I think of more possibilities.