The military in the United States and other militaries around the world are making heavy use of unmanned aerial vehicles these days. UAVs are being used for many reasons with one of the main reasons being that a UAV allows aircraft to be put into action without a pilot being placed in danger. Many of the UAVs are small and portable so soldiers in the field can deploy them to gather intelligence. 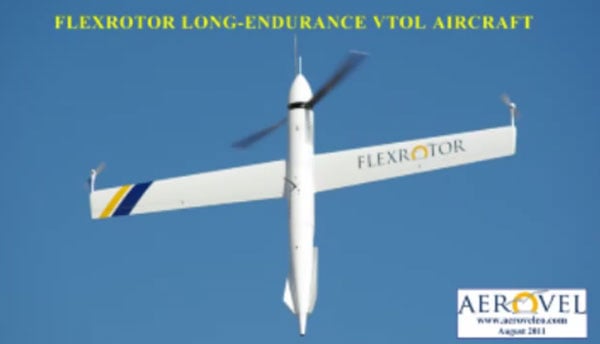 Most the UAVs we have take off and land like a normal airplanes. The Office of Naval Research has been sponsoring another UAV program called Flexrotor that is nothing like a conventional drone. The Flexrotor is a UAV that takes off and lands vertically like a helicopter, but transitions to horizontal flight of a fixed wing aircraft for cruising distance and speed.

Development of the Flexrotor entered its second stage, in which participating companies are working on the ability for the aircraft take off, land, and transition to horizontal flight in strong winds. This stage of the program will also see work continue on the automated maintenance system. The system will be able to take care of the maintenance of the aircraft such as refueling without any input from maintenance personnel, and will act as launch and landing pad.