If you look up in the sky and see a dragon, chances are you either had too much to drink, or you are seeing Rick Hamel’s amazing R/C creation, which is an actual flying dragon that breaths fire. It is called Mythical Beast, and it is just that. 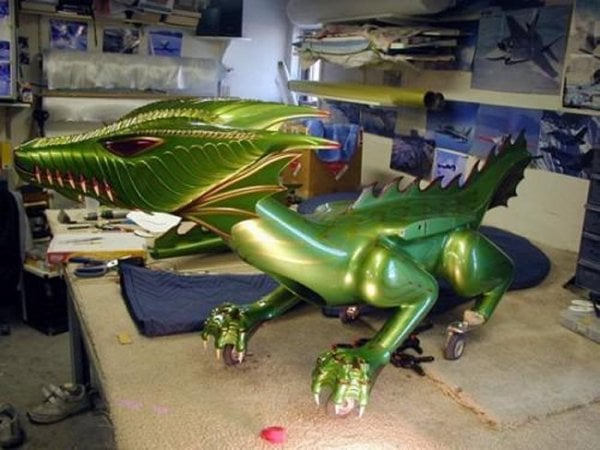 This dragon measures over 7 feet-long and would scare the bejesus out of some unsuspecting Renaissance fair types (I would actually very much like to see that.) It’s powered by a Jetcat P80 Kerostart turbine and has a wing span of 9 feet, so you definitely will notice when this thing flies overhead. Liquid propane and a stun gun circuit are all that is needed for the pyrotechnics, which look really good coming out of the creature’s mouth.

Too bad its wings don’t flap though. The Mythical Beast won Best of Show at the Weak Signal R/C event in Toledo a few weeks ago. Too bad we can’t just go to the store and buy one of these ourselves.

[via Hobby Media via Boing Boing]